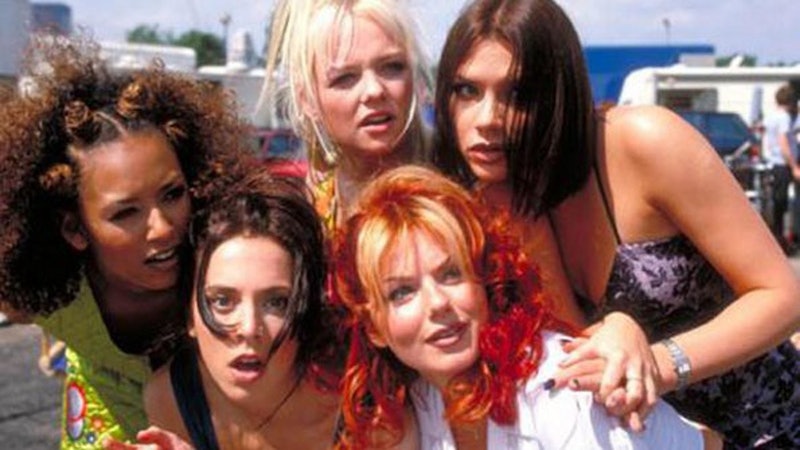 “Only ‘90s kids will understand” has become a meme for a reason. We ‘90s kids do love our nostalgia, and with the entire internet at our disposal, we never have to stop referring back to the decade that shaped us. Call it “annoying” if you must. I say, it’s merited. The ‘90s were stone-cold odd, especially in the realm of entertainment. From the bizarrely good to the inexplicably atrocious, weird '90s movies almost took over movie theaters completely. The lines between adult and kid entertainment blurred; stunt-casting and star vehicles were unfortunately in fashion; an indie boom gave auteurs reign to try new things; Whoppi Goldberg shared billing with a rubber dinosaur. It was a wild, wild time, and luckily there’s a record of it. The weird movies of the '90s will live on forever.

In the end, I’ve got to hand it to the studios and filmmakers of the ‘90s for thinking way outside the box. The results varied widely, but hey, rarely is great art achieved by staying inside the lines. And neither is something like the Shaquille O’Neal masterpiece, Kazaam. To celebrate the modern B-movie era, these are the 24 weirdest movies to come out of the ‘90s, for better or for worse.

The concept of Austin Powers (unfrozen '60s secret agent) is all the more strange when you consider what a pop culture sensation it became. Shout out to that coworker everyone has who still thinks "Yeah, baby!" is a timely reference.

Hulk Hogan starred in several movies in the '90s, including this one, where he plays a space traveler hiding out in the good ol' American suburbs. But he paved the way for John Cena's inspired comic performance in Trainwreck this year, so it's all good.

4. Welcome To The Dollhouse

This Todd Solondz coming-of-age movie is discomfiting and awkward, just like adolescence.

Stream Welcome To The Dollhouse here.

In which the princesses of pop meet aliens, deliver a baby, get driven around by Meatloaf, and rewrite their own origin story. It's a gem.

Between Baby Geniuses and Baby's Day Out, the '90s were all about tossing children into very dangerous situations.

Did you know that Cool As Ice is technically a remake of the Marlon Brando motorcycle gang drama The Wild One? Now you do.

9. Blast From The Past

Brendan Fraser might win the prize for the actor who took on the most ridiculous comic set-ups in the course of his career. In Blast, he's a man who's literally grown up in a bomb shelter and is therefore unfamiliar with modern life. Because the threat of nuclear war is hilarious.

Stream Blast From The Past here.

Joey Tribbiani, a monkey, and baseball. Where are the Oscars?

In the '90s, little kids were obsessed with two things: genies and Orlando Magic center Shaquille O'Neal. Some studio exec decided to put them together and watch the cash roll in.

Confession time: Clifford is my guilty pleasure. Sue me. I think Martin Short is funny, even when he's standing on his knees and playing a problem child.

Arnold gets pregnant. Only in the '90s, my friends.

This Christina Ricci movie dropped the exclamation point from the title of the original '60s version, but kept the troublemaking feline.

Toys looked like it was for kids. (Toys! Robin Williams!) But in reality, it's pure nightmare fuel.

To this day, I cannot watch this movie for more than three-four minutes. A young Katherine Heigl pretends that her dad is her lover to get a boy to like her, and it gives me the creeps.

Stream My Father The Hero here.

This right here is what the film students call an "anthology" movie, and each plotline in Four Rooms is stranger than the last.

The '90s were the decade to attempt to squeeze full-length features out of any mildly funny Saturday Night Live sketch. With It's Pat, the result is hundreds of variations on the only joke available: that no one can immediately tell Pat's gender. P.S. This movie would never be made today.

It's a buddy cop movie with Whoopi Goldberg and a dinosaur. Call the American Film Institute right now.

Not to be outdone, here's Chuck Norris with his partner, a dog. (Turner & Hooch did it better.)

22. The Beautician & The Beast

I mean, of course Fran Drescher would be the only possible choice to play a mouthy hairdresser who nannies the children of an Eastern European dictator, a la The King & I.

Stream The Beautician & The Beast here.

Thanks to South Park raising their profile, creators Trey Parker and Matt Stone starred in a feature about an imaginary sport. BASEketball would have been 50x better if they'd actually had a hand in creating it.

I firmly believe that this horror-comedy was intended only for stoned audiences.

Weird and wonderful or just plain weird, the '90s definitely kept audiences on their toes.