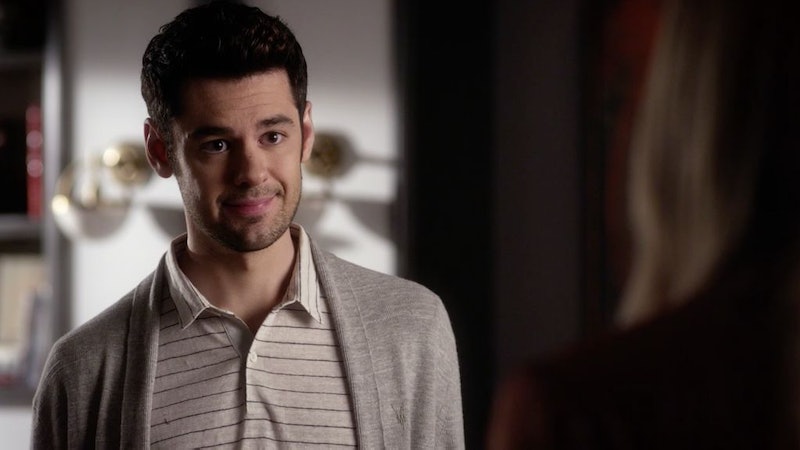 It's hard to envy the ladies of Pretty Little Liars. Just when the Liars thought that they had put their A nightmare to bed, they get targeted by not one, but two villains. Five years after Charlotte was revealed to be Big A and Alison's long-lost sister, a new so-called "Uber A" has popped up to wreak havoc on these Rosewood residents' lives, threatening the girls so that they will reveal the identity of Charlotte's killer. Unfortunately, the Liars have no clue who killed Charlotte — and whoever did so had no problem attempting to run down Emily in order to retrieve the murder weapon. So, who could this murderous monster actually be? Well, I have reason to believe the person who killed the former Big A might be a friend to the Liars, because a few clues hint that Lucas might just be Charlotte's killer.

While Lucas appeared in several episodes in Season 5A, his time in 5B was reduced to a photograph of prom. However, now that five years have passed, Lucas is back in Rosewood, and under fairly mysterious circumstances. Now a wealthy entrepreneur, Lucas came back to Rosewood seemingly to act as Hanna's lifeline: he gives her a gorgeous apartment to stay in, a car to drive, and as of Tuesday's episode "Did You Miss Me?" a huge job offer. Is Lucas just being kind, or could something else be going on?

We know that Lucas arrived in town seemingly days after Charlotte was murdered. If there really are no coincidences in Rosewood, that should raise a huge red flag. After all, there doesn't seem to be much proof that Lucas was away from Rosewood — if so, Lucas couldn't have acted as Hanna's alibi for the night that Charlotte was killed. If Lucas was giving a TED Talk or having lunch with the President (whatever tech moguls do these days) it would have been fairly easy to prove that he wasn't in Rosewood, and he couldn't have felt confident enough to protect Hanna. In fact, it's Hanna herself that raises the most questions about Lucas' possible involvement in Charlotte's death.

We all know that Lucas had a serious crush on Hanna early on in Pretty Little Liars, but lately his behavior is making me question whether that crush ever went away. Lucas seems to want to make sure that Hanna sticks around Rosewood. At first, it was just offering her a vehicle and a place to stay, which seems on par with any generous friend. But buying an abandoned warehouse and opening it up to Hanna to do whatever she wants with it? That's not something just any friend would do.

While the show may be trying to frame Lucas' act of kindness as just that, this is Pretty Little Liars: everyone has the ability to be shady. Lucas isn't without motive for killing Charlotte: Lucas never seemed to forgive Ali for the torture she put him through, and killing Charlotte would be one way to truly hurt Ali. Maybe Lucas is doing everything in his power to keep Hanna in Rosewood because he knows that she and the other girls are still the biggest suspects for Charlotte's murder — if Hanna's staying at his house, he can definitely find ways to plant evidence on her. Then there's the more disturbing theory: that Lucas is, and always has been, in love with Hanna, and killed Charlotte to make Hanna happy and give her everything she wants.

Only time will tell who really offed Charlotte, but I'm keeping Lucas on my watch list.