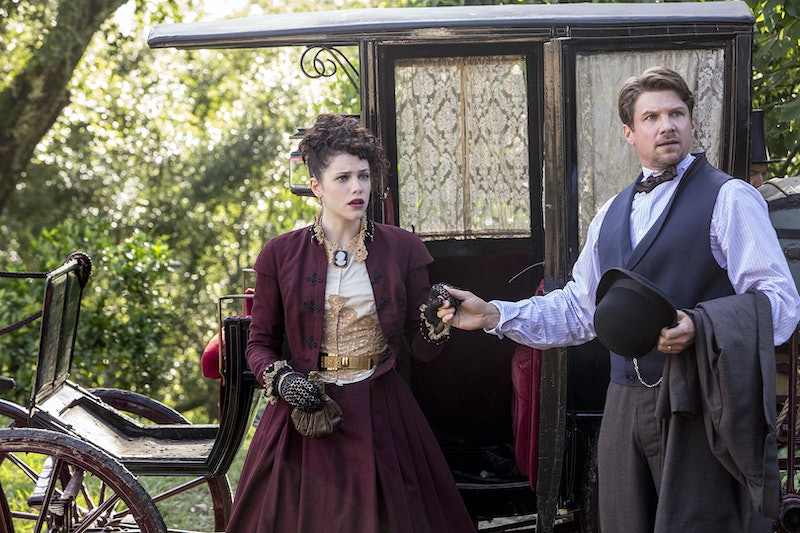 WGN America's latest series is focusing on an important piece of history, but not a lot of names will be familiar in this historical drama. Is John Hawkes on Underground based on a real abolitionist? Not to be confused with Winter's Bone and Lincoln actor John Hawkes, the show is drawing from a few real life sources for the daring character.

In the show, actor Marc Blucas plays Hawkes, one of a few allies to the runaway slaves — an "abolitionist lawyer who will break the laws he's sworn to uphold in order to serve a greater good," according to WGN America's official description. His wife Elizabeth is a socialite who shares his values and cause. The two of them, and their house, become involved in a major way. While the show is more focused on the Macon plantation slaves who plan to escape and those who stay behind, characters like Hawkes are interesting from an historical perspective.

John Hawkes was a not a real abolitionist in the Antebellum period. This is a fictional series — we aren't likely to see John Brown, William Still, or Harriet Tubman on screen any time soon. There is one actress credited as simply "Harriet" on IMDb for a later episode, so we'll see, but I have my doubts. However, historically many abolitionists were lawyers. The couple could be partially based on Levi and Catherine Coffin, a Quaker married couple who assisted runaway slaves. There was also an abolitionist named John Milton Hawks and his wife Esther. Those Hawks' were doctors, however, and don't share many traits with this couple. I think Underground has taken several historical figures and created a likely character for this series.

Any any student of American history/avid reader of the Addy Walker American Girl books can tell you, the Underground Railroad was an extraordinary and dramatic moment in time. It should be the focus of as many shows on television as there are about doctors, detectives, and the 1960s. With the riveting subject matter, modern soundtrack that emphasizes the show's importance, and inspirations for characters including John Hawkes that can be found in American history, I'm so pumped for Underground on WGN America.