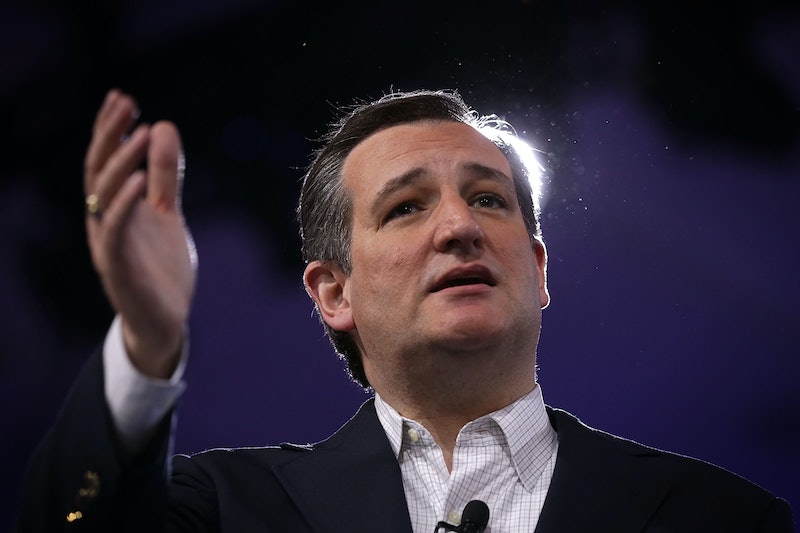 As Donald Trump comes perilously close to collecting the 1,237 delegates needed to clinch the Republican nomination, all eyes are on Florida and Ohio, two big winner-take-all states that will award their delegates on Tuesday, March 15. The idea of a winner-take-all contest is simple: Whichever candidate gets the most votes, you get all of the state’s delegates. But which states have winner-take-all primaries or caucuses?

In fact, there are only eight contests that are truly winner-take-all, and they’re all on the Republican side. Florida, Ohio, Montana, New Jersey, South Dakota, Arizona, Nebraska and Delaware. In those states, whichever Republican wins the most votes gets all of the state’s delegates, even if nobody cracks 50 percent. The biggest states to watch in this category are Florida and Ohio, which are worth 99 and 66 delegates respectively.

There’s a caveat, though. The above-mentioned states are winner-take-all no matter what, but there’s another group of states that have something informally called a “winner-take-all trigger.” These states will most likely award their delegates proportionally; however, if one candidate does really well and blows out the competition, the state will become winner-take-all. There are 12 states with such a provision: Idaho, Nevada, Arkansas, Tennessee, Oklahoma, Texas, Michigan, Alabama, Georgia, New York, Vermont, Maine.

How exactly this trigger works is different from state to state. To vastly oversimplify things, though, states with a winner-take-all trigger will award all of their delegates to a single candidate if that candidate receives over 50 percent of the vote, both statewide and in each congressional district. Needless to say, that’s a pretty tough feat to pull off, so in all likelihood, these states will allocate their delegates proportionally.

Winner-take-all contests are important because they’re a chance for candidates who’ve fallen behind in delegates to close their deficits in one fell swoop. By contrast, it’s difficult to close a delegate gap by winning a state that awards its delegates proportionally. America saw this on Tuesday: Bernie Sanders won Michigan, a proportional state, but because the margin was so narrow, he and Hillary Clinton walked away with roughly the same number of delegates.

On the Republican side, the winner-take-all states of Ohio and Florida have become the last line of defense for Republicans who want to stop Donald Trump from taking the nomination. If a non-Trump candidate were to win both states, they’d walk away with 167 delegates. Trump currently leads the rest of the field by about 100 delegates, so that could conceivably close the gap. However, Trump leads in Florida and is neck-and-neck with John Kasich in Ohio, so it's quite possible that he'll end up winning, and taking, all of the delegates in both states.