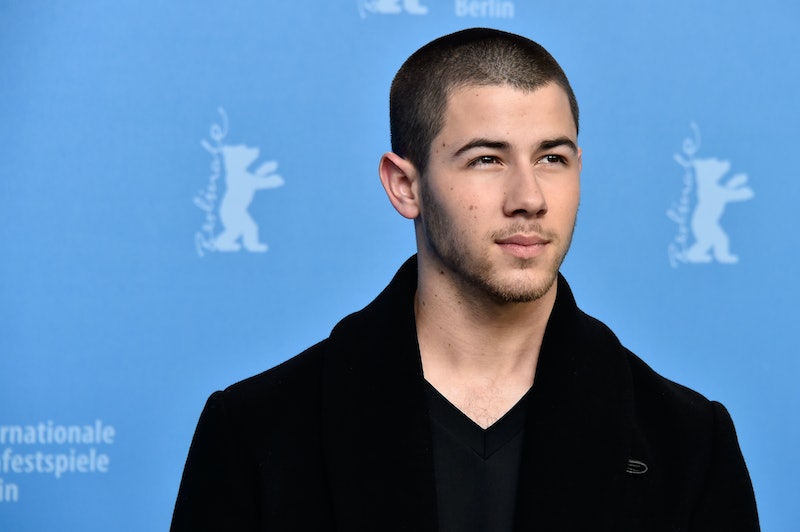 Sand, surf, beautiful women, and a Jonas brother — what more could a television special need? The Victoria’s Secret Swim Special (the newest of the Victoria’s Secret television programs) was a mix of all of these things, and for the most part, it was fun to watch. My favorite part, though, was watching Nick Jonas and the models be equally infatuated with each other. Just beautiful people falling in love all at once, you know?

It all started innocently enough — the models played volleyball while Jonas refereed, Behati Prinsloo and Candice Swanepoel played up their bestie relationship status, and Demi Lovato performed a few of her top hits. Now, Lovato was pretty amazing (as usual), but it seemed to be Jonas that brought the models (and the house, er, tiki hut) to new “Levels.” That was obviously one of the hits Jonas played, along with my personal favorite, “Jealous,” and “Chains.” As Victoria’s Secret models like Lily Aldridge, Martha Hunt, Swanepoel, Prinsloo, and more swayed and sashayed along to Jonas’ poppy tunes, it was very clear that they were being serenaded and totally loving it. Jonas was like the pied piper of Victoria’s Secret models. He simply could do no wrong.

All in all, Jonas’ performances were among my favorite from any Victoria’s Secret fashion show ever. He’s really good at playing to his audiences, from a sold-out stage to an intimate show for two dozen of the most beautiful women on the planet. Jonas is a champ, and I can’t imagine he didn’t exchange more than a few numbers that night, too. I'm a little "jealous" myself.