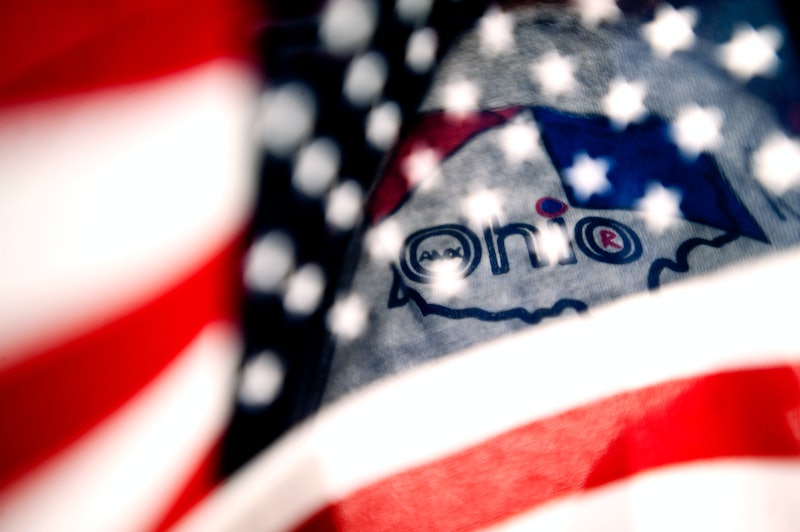 On March 15, Democratic candidates Hillary Clinton and Bernie Sanders have an opportunity to win as many as 160 delegates in Ohio's primary election. At this point in the race, Clinton's pledged delegate count tops Sanders' by just over 200. If the Vermont senator is able to take a majority of Ohio's delegates, even by a small margin, he will make some inroads the competition. On the contrary, a Sanders loss would further widen Clinton's lead. Needless to say, the Buckeye State sets its stakes incredibly high.

Of the 160 Democratic delegates in Ohio, 17 of them are unpledged. These superdelegates can side with whichever candidate they prefer, regardless of the voters' decision. Thus far, 12 have confirmed their support for Clinton and the remaining five are undecided. According to RealClearPolitics' current averages, Clinton is leading in the state's polls by about 8 percent. Peter A. Brown, assistant director of the Quinnipiac University Poll, told USA Today's local Cincinnati publication that a Sanders win in Ohio is unlikely, but not impossible.

It is certainly a long shot. But Sanders is much closer to Clinton in Ohio than in Florida, where Clinton has a 30 percentage point lead.

Clinton also commanded the state's support in 2008 when she ran against President Barack Obama. However, if Michigan's primary is any indicator of Ohio's, Clinton's lead is not secured. Sanders' "long-shot" may have just been shortened by that mitten-shaped state's shocking primary results. The Vermont Senator won by a narrow margin in Michigan on Tuesday, suggesting that he and Clinton may compete more closely than expected for support in other Midwest states, like Ohio and Illinois. According to FiveThirtyEight, Sanders' Midwest win happened completely unexpectedly. Up until March 8, every Michigan poll estimated Clinton would win by a margin of at least 5 percent.

Since Ohio and the rest of the Midwest states have large industrial bases and union presence, Clinton and Sanders will be encouraged to discuss jobs and the economy in the days to come. Sanders, in particular, will likely voice his opposition of trade deals that move jobs overseas — an issue that blue collar workers prioritize and rightfully so.

Southern state residents, who have come out to support Clinton in droves, may not be as likely to feel the bern when they get out and vote. North Carolina, Missouri, Illinois, and Florida will also hold its primaries on the same day, rendering March 15 a sort of secondary Super Tuesday that's representative of more than just one region. Of those states, Florida is, by far, the most important. The Sunshine State will have 246 delegates on offer to either Clinton or Sanders. With Clinton favored to win Florida, a victory in Ohio might be Sanders' best bet at keeping pace.