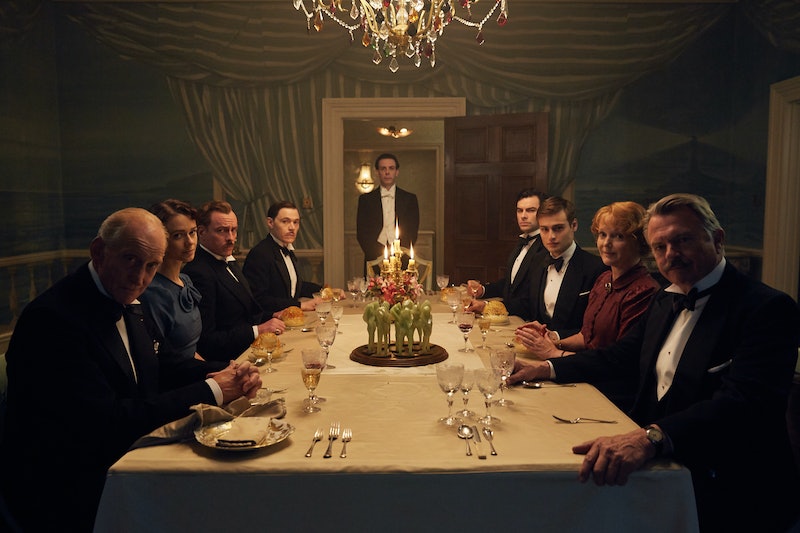 The BBC's adaptation of And Then There Were None is coming to Lifetime on March 13 and 14, after initially airing over Christmas 2015. But how faithful is And Then There Were None to Agatha Christie's book? The central plot of Christie's novel is a murder mystery, in which a group of people with checkered pasts are lured to a mansion on a secluded island. After realizing they've been invited under false pretenses, the group of 10 strangers are slowly killed one by one, while trying to figure out who the culprit could possibly be and why they've been trapped. It seems that much of the story has been faithfully adapted, and the miniseries has filmmaking that will let the audience play along and try to put together the details and figure out why exactly this is all happening.

But even Christie purists should realize that the book is hardly set in stone, so differences between the miniseries and book are to be expected. First of all, the title of Christie's novel has been changed several times, as the original version had racial epithets in the title, due to a nursery rhyme that's referenced in the book and actually becomes crucial to unraveling the murderer's plans (so you may want to avoid reading the lyrics if you want to go into the series not knowing anything).

Given that Christie's book was written in 1939, her prose was a little more conservative than this adaptation, which embraces the current cable trend of showing rather than suggesting violence. So, for example, an early murder features blood sputtering across the room on TV, while the text of And Then There Were None simply reads, "He choked — choked badly. His face contorted, turned purple. He gasped for breath — then slid down off his chair, the glass falling from his hand," which is a little less graphic.

The writer of the TV adaptation, Sarah Phelps, told The Guardian that she did make some changes to the characters' actions in order to make the series a little more dramatic. "Everyone in the book is quite polite and clipped," she said. "They’re a whole lot less so in the adaptation because I kept thinking ‘what would you do if you were on an island and people kept dying?’ I think I’d be bouncing off the walls at some point."

But Phelps also said that she feels her adaptation stays true to the spirit of Christie's novel, even if it adds a few violent tableaus and swear words. "You have to be faithful to Christie because she’s making you think about really important moral points," she told The Guardian. But that doesn't mean that every detail has to be identical to what's in the books.

Christie made her own changes when she adapted And Then There Were None for the stage, including switching the ending, according to The Guardian. It seems that the key to adapting this story is to keep it suspenseful and exciting, so BBC's version of And Then There Were None looks to be incredibly faithful, while changing just enough to keep modern audiences hooked when it airs on Lifetime this Sunday.

More like this
Conversations With Friends' Endometriosis Scenes Are As Brutal As It Gets
By Ivana Rihter
'Bridgerton' Star Nicola Coughlan Confirms Season 3 Will Focus On Colin & Penelope
By Grace Wehniainen and Alyssa Lapid
The Time Traveler’s Wife Book Has A Heartbreaking Ending
By K.W. Colyard
The 'Conversations With Friends' Book Ending Will Leave You Wanting More
By Sophie McEvoy
Get Even More From Bustle — Sign Up For The Newsletter