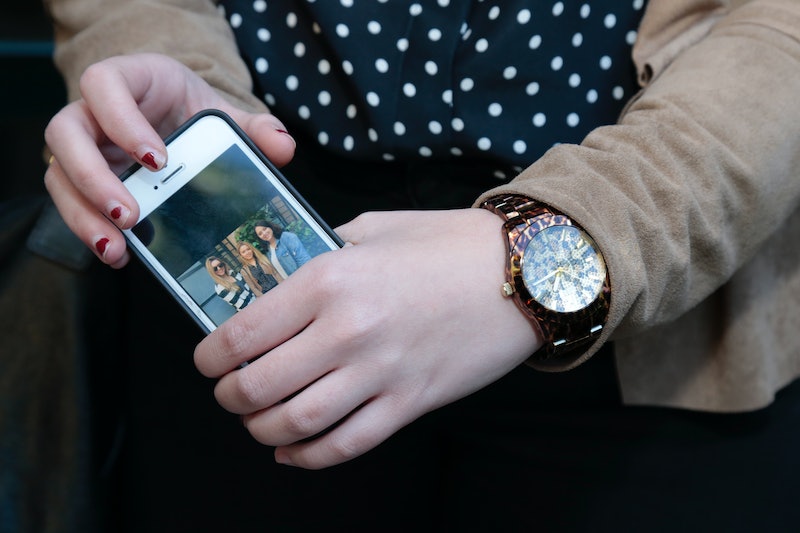 With Apple, good things can come in small packages, and that seems to be the route the company is taking with its newest model, the rumored iPhone SE. Expected to be announced on March 21, the new iPhone will reportedly be released alongside a smaller version of its iPad, as well. But in a line of products that at times seem never-ending, what will be different about the iPhone SE? For those wanting to make the leap from an older model without sacrificing design, this new iPhone may be the way to go.

The previous group of iPhone devices was released in early fall of last year. But the 4.7-inch iPhone 6 and the 5.5-inch iPhone 6 Plus left something to be desired, according to some — many consumers said the phone was noticeably bigger, especially those who had made the jump from earlier models' 3.5-inch or 4-inch screens. Upon the phones' launch, some major fashion brands were even reconsidering how to design their pants' pockets around the new device, according to Business Insider. Companies such as J. Crew and Lee Jeans were looking into how they could alter their design process to make room from the phone, from creating bigger pockets to adding an extra, interior pocket into the lining of their products.

So how does the rumored new iPhone answer that problem? By being smaller, for starters. According to a report from CNET, the aptly nicknamed "iPhone Mini" will most likely combine the processing power of the iPhone 6 and 6 Plus, but harken back to days of the iPhone 5 by touting a 4-inch screen. This will give consumers most of the perks of the newer model of the iPhone without having to worry about it being too large.

If you're concerned that the phone's camera may not be able to pack the same punch, worry not — the phone is rumored to have the same 8-megapixel rear camera and 1.2-megapixel front-facing camera of the iPhone 6. In keeping up with the power of the other phones, it will likewise reportedly have an A9 processor.

Additionally, the 4-inch phone is likely to have a Touch ID fingerprint sensor and a near field communication (NFC) antenna that will be compatible with Apple Pay. This added security will presumably be another perk for upgrading users, as older models lacked some of these higher-end features.

As for how much the phone will cost, it looks like you'll have to wait until the March 21 Apple event. It's rumored by Mac Rumors that the phone will either take the iPhone 5S's bottom slot in the lineup for $450, or be sold alongside the iPhone 6 for roughly $550.

But rumors aside, it looks like this new iPhone will be a sensible answer to those looking to upgrade in processing power but not in size.

More like this
The 4 Best Vacuums For Shag Carpets
By Jessica Resendez
The 5 Best AirPods Pro Ear Tips On Amazon
By Rachel Dunkel
The 4 Best Fitbits For Sleep Tracking
By Tiana Crump and Lauren Moison
Using Your Pet’s Name As A Password? Here’s Why You Might Want To Change It
By Cristina Sanza
Get Even More From Bustle — Sign Up For The Newsletter