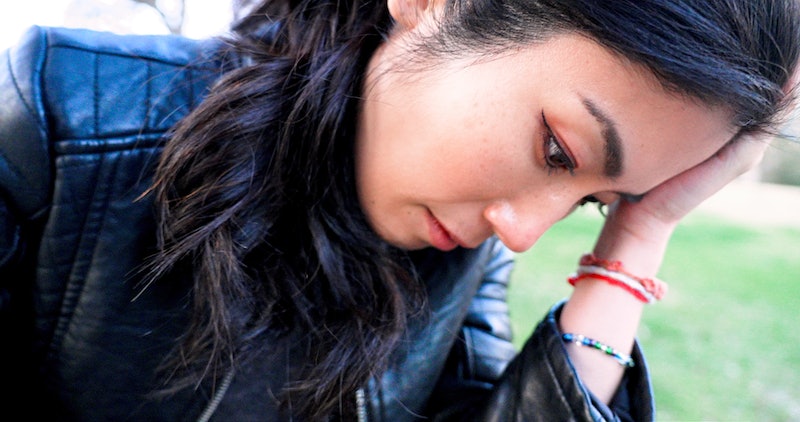 Language both reflects and shapes our society; in fact, there's even evidence that our native tongue influences the way we think as we age. Schoolyard rhymes about broken bones aside, most people recognize that words have power, but even in the modern day, ordinary conversations are rife with phrases you may not realize are ableist. Part of this is due to the ever-changing nature of language — many words that are considered discriminatory now began as neutral clinical terms, and it can be difficult at times to navigate what may offend someone with different life experiences. (As usual, the solution in that case is simply to ask and, more importantly, to listen.)

Unfortunately, the belief that disabled people are somehow lesser is so ingrained in society that metaphors equating disabilities with defects abound. The most commonly cited example is "retarded," which you really shouldn't use, but it's far from the only ableist phrase out there. If you use any of the following phrases, it doesn't make you a bad person. On the other hand, be aware that ableist language perpetuates harmful misconceptions about people with disabilities — and it's simply hurtful.

Bandying the word "crazy" around lightly has two effects. First, it trivializes mental illness, which is already stigmatized enough without people poking fun at it. Furthermore, it draws a connection between mental illness and a whole range of negative characteristics, from instability to violence — all of which are characteristics of people, not mental illness itself.

Although "lame" is often used to disparage something these days, its original definition refers to the inability to walk. When you say something is lame, you equate lameness with negativity.

Next time you find yourself laughing about being "so OCD" because you fold your clothes by color, stop and think about what you're saying first. OCD is one of the most widely misunderstood mental illnesses out there, not least because its trivialization in pop culture. It's not a cutesy adjective for talking about your neat freak tendencies — it's a real illness that can have devastating effects.

Although it's still considered relatively innocuous in the United States, "spastic" is an enormously offensive term in England, and for good reason. The term refers to people with muscle spasms or other motor coordination difficulties, and using it as an insult is simply offensive.

Much like calling someone crazy, referring to the "loony bin" makes light of a pretty dark subject — historically, asylums weren't exactly five-star hotels. Furthermore, it others people with mental illness by implying they should be locked up away from the rest of society.

Similarly to "lame," dumb had a very different meaning until relatively recently. Today, dumb is used to disparage someone's intellect, but originally, it was used to refer to someone who can't speak. Over time, however, it became synonymous with obtuseness, even though the inability to speak clearly has nothing to do with intellect.

More like this
Why Experts Say Sleeping With A Fan On Isn’t Totally Risk-Free
By Sophie McEvoy
Tom Holland Explained His Social Media Break & Shared Mental Health Resources
By Grace Wehniainen
The Viral 'Little Miss' Franchise Is Focusing On Mental Health Next
By Darshita Goyal
The Best Time To Date After A Breakup, According To Experts
By Bustle Editors
Get Even More From Bustle — Sign Up For The Newsletter