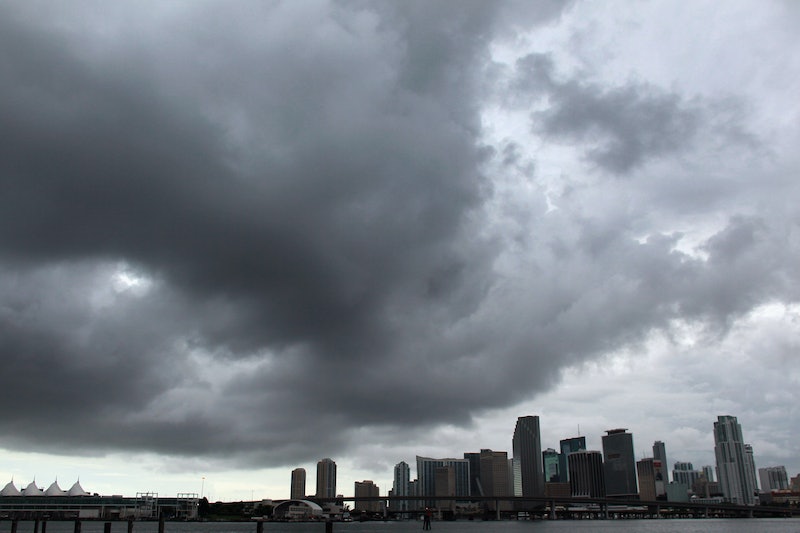 The silence surrounding abortion rights in this presidential primary race is particularly frustrating for pro-choice advocates, given the incredibly aggressive attack currently underway on reproduction rights across the United States. Although the Democratic presidential candidates debated a host of other key issues from Florida on Wednesday, the same day the state's Senate passed an anti-abortion bill that would severely limit access to the procedure, neither Hillary Clinton or Sen. Bernie Sanders were asked about the issue of abortion rights. Silence isn't the only cause for concern, however. The year is shaping up to be a frightening year for reproductive rights thanks to a worrisome increase in TRAP laws designed to eliminate abortion access through a tangle of red tape.

Florida's bill is especially dangerous, however, as it attempts to redefine gestation and the pregnancy trimesters. Under Florida's SB1722, the second trimester would begin at 12 weeks, followed by the third trimester at 24, rather than 14 and 28 weeks, as currently defined by doctors. The bill also attempts to directly defund Planned Parenthood by making it legally impossible for government agencies in the state to work with any organization providing abortions outside of cases of rape, incest, or life-saving necessity.

At its core, Florida's SB 1722, which easily passed through the state's Senate 15-24 on Wednesday, is eerily similar to laws passed in Alabama, Mississipi, Oklahoma, Wisconsin, Texas, and — more recently — Louisiana, which require abortion providers to have admitting privileges at a nearby hospital. Such laws have become known as TRAP laws, or Targeted Restrictions on Abortion Providers, and aim to shut down abortion clinics by increasing the amount of red tape surrounding the procedure.

Lawmakers behind such bills claim they're establishing requirements around abortion with women's health in mind, but many of the provisions are medically unnecessary. Abortion procedures are generally low-risk and clinics that don't have hospital admitting privileges are in no way barred from transferring a patient to a hospital for care if needed.

Florida wasn't the only state passing anti-abortion legislation on Wednesday. Indiana's House passed a controversial bill banning abortions in cases of genetic fetal abnormalities, like Down Syndrome. If the bill becomes law, Indiana will become the second state to deny abortions in instances where the fetus is found to possess a genetic abnormality. And yet, despite prolific efforts to diminish women's reproductive rights happening across the country, the topic receives surprisingly little discourse on a national level.

Florida's recent foray into anti-abortion legislation is proof that it's not just Texas where women's abortion rights are being challenged. The recent rise of TRAP laws set a scary precedent for 2016 as abortion restrictions enacted in one state affect women everywhere by putting needless pressure on abortion providers across the nation. But even mundane developments, like the decision of a federal appeals court on Thursday to allow North Carolina to issue specialty license plates featuring the anti-abortion slogan "Choose Life" while refusing to issue plates bearing pro-choice propaganda are symbolic of an all-out war currently underway against women's reproductive rights. For now, all eyes are on the Supreme Court, as their ruling in Whole Woman's Health v. Hellerstedt is sure to have a ripple effect.