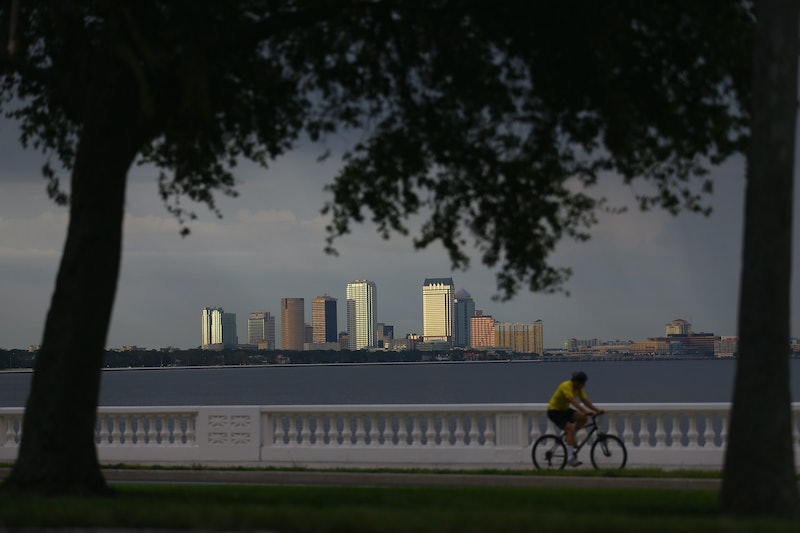 Will Florida Sen. Marco Rubio win his home state, as he so desperately needs to? Will GOP frontrunner Donald Trump claim yet another surprising-but-not-surprising victory in the Sunshine State? These questions, and others, are set to be answered on Tuesday as voters in the state of endless summer head to the polls, but Florida's primary results might not come out until late into the night if the race stays close.

Throughout the primary season so far, results have come out fairly quickly. Major news outlets, including CNN, make their predictions almost immediately after the polls close thanks to data they gather throughout the day via exit polls. Although these predictions are made with just one or two percent of voting precincts reporting results, they often indicate that there's a clear winner, rather than a neck-and-neck race that could be too close to call.

The earliest that these predictions will be made is 7 p.m. Eastern. At that time, polls throughout Florida will close, although voters in line at 7 p.m. will be able to cast their votes after that time. Many votes will have already been counted by the time the polls close, as more than a million Floridians voted early, either in-person or by absentee ballot. Florida allows no-excuse absentee balloting, making it easier for voters to avoid the lines at polling states on election day.

It might not take complete results in order for the public to discern who the winners and losers are, though. If a candidate — most likely Rubio or Trump — begins to run away with the vote, early predictions could become de facto results.