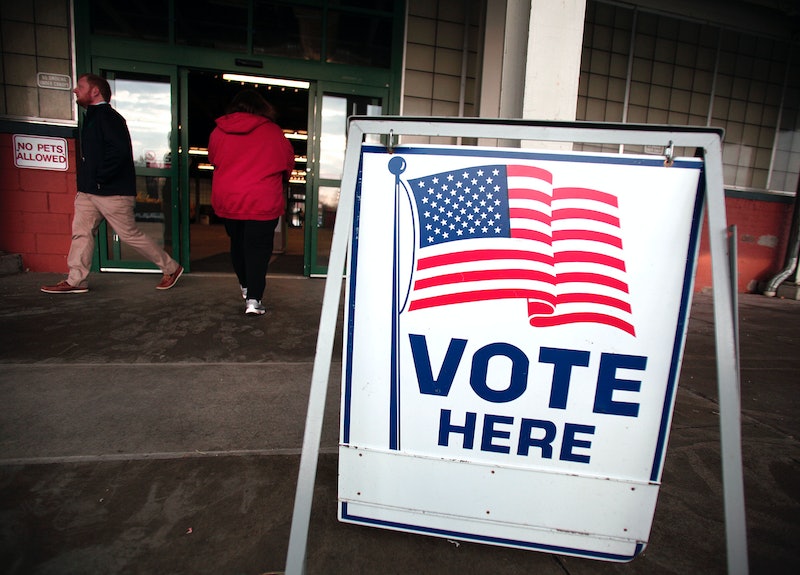 Don't look now, all you denizens of the great state of Ohio, but your turn in the presidential primary process is nearly upon us! The crucial Ohio primary will go down on Tuesday, March 15, to be precise, and it'll have a big impact on the races of both parties. If you're planning to cast your vote (which you should, because you live in one of the few truly important swings states in the country), you'll need to know what time to show up, and more specifically, how long you've got. So, when do the polls close in Ohio?

Luckily, this is one of those questions that's pretty simple to answer: The polls in Ohio will open at 6:30 a.m. ET and close at 7:30 p.m. ET. Obviously, not everybody can make it out early in the day, what with work schedules and all. But you've got to get out there before the polls close at 7:30, so try to hustle.

It'll be a big, big day no matter which party's primary you're voting in. Polling in both the Republican and Democratic races show the frontrunners out ahead, but Ohio Gov. John Kasich is well within striking distance of frontrunner Donald Trump, while Bernie Sanders just notched an incredible upset in neighboring Michigan.

The impact of the primary won't be quite as pronounced on the Democratic side, by virtue of its system of delegate allocation. Ohio Democrats award their delegates proportionally to the vote, meaning that even in a losing effort, a competitive showing by the runner-up can keep them afloat as they earn a sustaining bundle of delegates.

That's part of the reason that the odds of Sanders passing Clinton and seizing the nomination are so poor, despite his recent run of solid showings. On the same night he won Michigan, his delegate deficit actually widened, by virtue of his more than 60-point loss in Mississippi. Because landslides hurt so much with proportional allocation, Sanders would need to score a few blowouts of his own to really make the race competitive again. That is a tall order.

While the polls could obviously be wrong ― they sure were in Michigan ― trailing by an average of 8 points in Ohio and more than 30 points in Florida (which also goes to the polls on March 15) is not a position any candidate wants to be in.