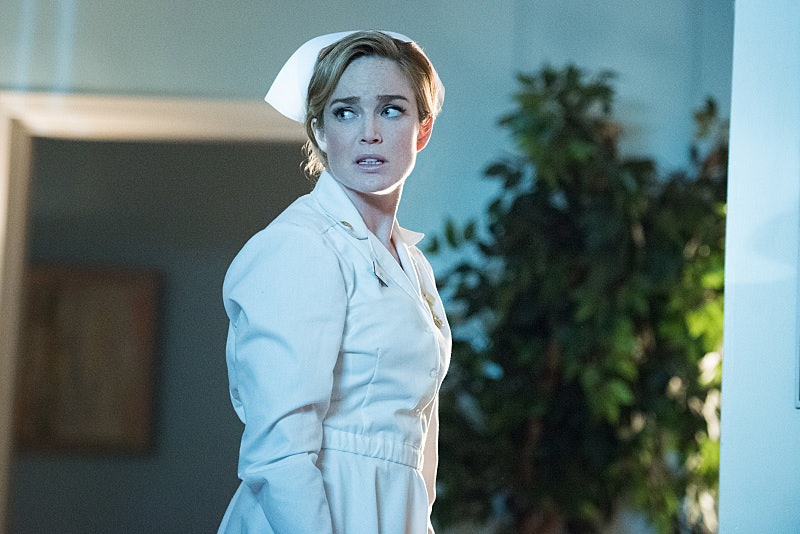 If you're anything like me, then you don't just watch one superhero show — you pretty much watch them all. The writers know this, which is why they purposely they take the time to hide subtle Easter eggs within an episode every now and then. That's why it should come as no surprise that Legends of Tomorrow made a Smallville reference during Thursday night's episode "Night of the Hawk" when it was revealed that Vandal Savage was posing as Dr. Curtis Knox during our heroes' latest time-travel journey to 1958.

Now, for those of you who never had the pleasure of watching this Tom Welling-centric classic (you're missing out, by the way), let me explain how this all fits together. Knox was an immortal doctor that was introduced on Smallville and fittingly played by Dean Cain, who played Superman on Lois & Clark: The New Adventures of Superman. The character was known for targeting metahumans who had high concentrations of kryptonite in their organs, which he would then transplant into his wife (in order to keep her alive).

Obviously, this is not quite the same storyline that Legends is following, especially the wife part since I can't ever picture Savage caring about anyone that much. (I know he has feelings for Kendra, but this dude is full evil, through and through.) However, it's interesting that the writers chose to have him impersonate this particular identity since, according to Smallville writer Bryan Q. Miller, Curtis Knox was originally supposed to be Vandal Savage on the show, but apparently the character was off limits for some reason (they probably weren't able to get the rights), so they had to change his name to Curtis Knox.

See how it all fits together! So, in a very strange way, this character has kinda come full circle. Well done, writers. Very well done.