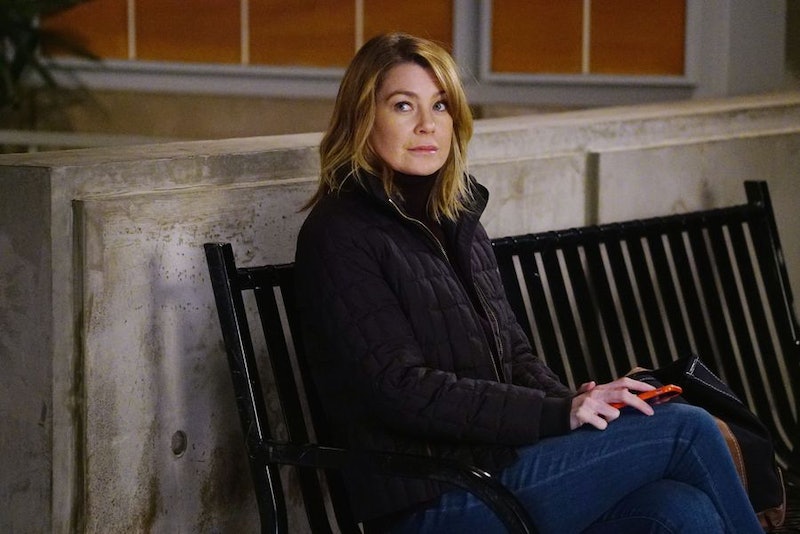 It’s not that I don’t miss the pairing of Derek Shepherd and Meredith Grey on Grey’s Anatomy — I really do — but what I also want is for Meredith is to be happy. Between the shootings and plane crashes and Alzheimer’s and widowing, hasn’t she suffered enough? Well, Meredith’s rescue may be here, and it comes in the form of a hunky army doctor (no, not Owen Hunt). Does Meredith have a new boyfriend on Grey’s Anatomy ?

It all started when Meredith and her crew (referred to as the “Dream Team” on this episode, which, of course they are) were called to Bauer Medical, a military hospital, to perform a serious surgery on a veteran with cancer. Too bad Major Will Thorpe, who has been said veteran’s oncologist since diagnosis, wasn’t too keen on this group of surgeons coming in here and potentially killing his patient. I mean, I get that. The team from Grey Sloan will, as Major Thorpe said, just come in, do an amazing surgery, and then leave without dealing with the consequences. Major Thorpe and Meredith sparred a little, but after the surgery turned out to be successful, sparks really flew (even though Meredith was too blind to notice). Major Thorpe asked Meredith for her number, and she took a risk and obliged him. Is this the start of something new?

Now that Meredith has gone through therapy, she really knows that she can’t be alone anymore. This is the softer side of Meredith, and I really think it suits her. It’s been ten years we’ve been watching her do this whole “I’m damaged” dance, so maybe it’s time that she tries to fix herself so she can be a better mom to her kids and a better friend to…everyone. She'll probably be a better doctor, too. Can Major Will Thorpe soften Meredith’s hardened heart? He’s certainly handsome enough that I’d be willing to find out.