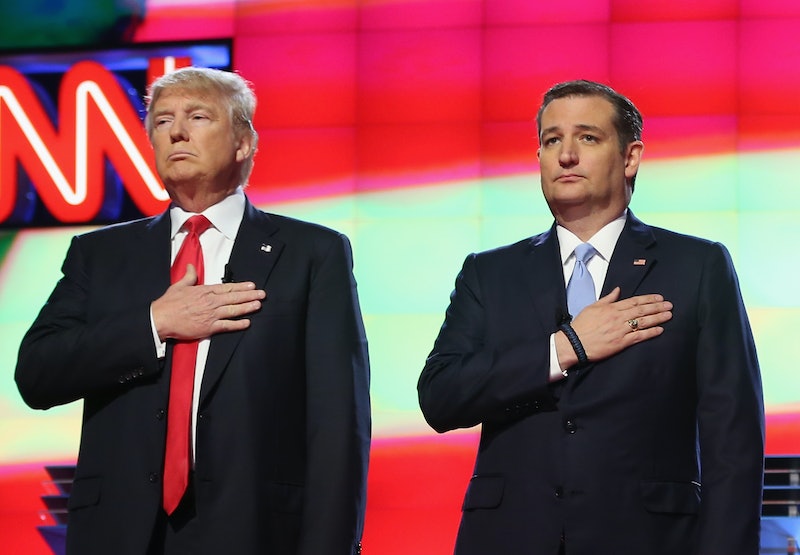 The 12th and final GOP debate of the election season took place Thursday evening, marking the lone Republican showdown before another major round of primary votes. Voters in Florida, where the debate was held, are set to make their picks for presidential nominee on Tuesday, and candidates had a whole lot to prove in a debate that was surprisingly subdued in contrast to the previous debate. Many are decrying the sheer amount of debates being held, though the number is certainly par for the course in the United States. How much time have you spent watching GOP debates if you were to have caught every single one?

The one dozen events, most of which were scheduled for two hours a piece, cumulatively add up to over 24 hours. Congratulations. You've spent a day of your life being politically aware. Pretty great, unless you take into consideration the many ways in which the events have been anything but civil. Candidates have taken to name-calling and have become so boisterous that CNN moderator Jake Tapper issued a verbal warning requesting that Donald Trump, Marco Rubio, Ted Cruz, and John Kasich not talk over each other. If you were to have watched every single GOP debate, you would have endured language that prompted NPR to post a piece on how to talk to children about the frankly embarrassing behavior overtaking what seems to be a majority of the events.

This sheer massive chunk of time isn't taking into account the incredible fanfare before and after each debate. CNN appears to have turned the art of teasing viewers into a sheer science fueled by frustration, operating off of their own version of standard time in which an 8:30 p.m. ET debate actually starts at 9 p.m. ET. Those half-hour or longer chunks of time certainly add up for viewers, many of whom complained via social media this evening when the debate was unduly preceded by a speech from RNC Chairman Reince Preibus and ongoing political analysis in addition to the pre-show that had already occurred.

It's worth noting that this is the last scheduled GOP debate of the election season. Voters will take to the polls as primaries and caucuses continue and the Republican party will firmly decide upon a presidential nominee in the summertime during the Republican National Convention. What that means for voters and politicos around the country is a whole lot more time to spend doing more worthwhile things than watching the billionth GOP debate. And that truly is what freedom is all about.