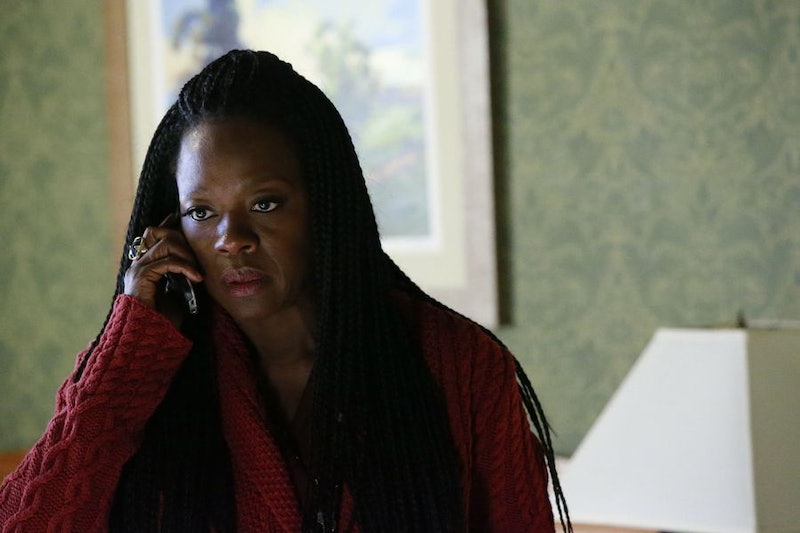 Annalise Keating of How To Get Away With Murder doesn’t seem like the maternal type (like…. At all), but we learned in Season 2 that she was once pregnant with her late husband, Sam’s, baby boy. Now, there was a lot of misdirection on the part of the writers to frame it like Wes was actually Annalise’s son, but we finally, in the penultimate episode of the season, reached our conclusion. Annalise’s baby son was killed in a car accident on How To Get Away With Murder.

The chain of events that would lead to her car accident all center on Wes’ mom, Rose, and her suicide. Annalise, panicked by the news that Wes’ father was her client, Wallace Mahoney, was racing her car through an intersection when she was t-boned by another vehicle. About 8 months pregnant at the time, Annalise was rushed to the hospital, but, unfortunately, her baby son didn’t survive. Annalise kept saying over and over that it was her fault, but she really meant that it was her fault that Rose committed suicide. Basically everything bad that happens is Annalise’s fault, so I can’t disagree with her there. Sam, though, was completely gutted, and it was very, very hard to watch him be so distraught. A nurse took a picture of the family (I thought it was weird and sad, but it’s apparently something people do), but Annalise had to get her deceased son out of her arms.

Now that we know what happened to the baby that was once in Annalise’s belly (that is not Wes, I repeat, not Wes), I think it gives insight into Annalise’s relationships with both Eve and Sam. Eve seemed happy that Annalise lost her baby, because it gave her a chance again with Annalise (even though that’s totally messed up). Sam was destroyed, though, and I reckon that that moment was the beginning of the end of Sam and Annalise’s relationship.

More like this
What Does Michael Peterson’s Family Think Of 'The Staircase'?
By Arya Roshanian
The 'Grey’s Anatomy' Season 18 Finale Might Have Had A Sneaky April Easter Egg
By Grace Wehniainen
Everything To Know About ‘The Handmaid’s Tale’ Season 5
By Amanda Whiting
Jennifer Aniston Joked About Ending 'Friends' With Therapy & Divorce
By Grace Wehniainen
Get Even More From Bustle — Sign Up For The Newsletter