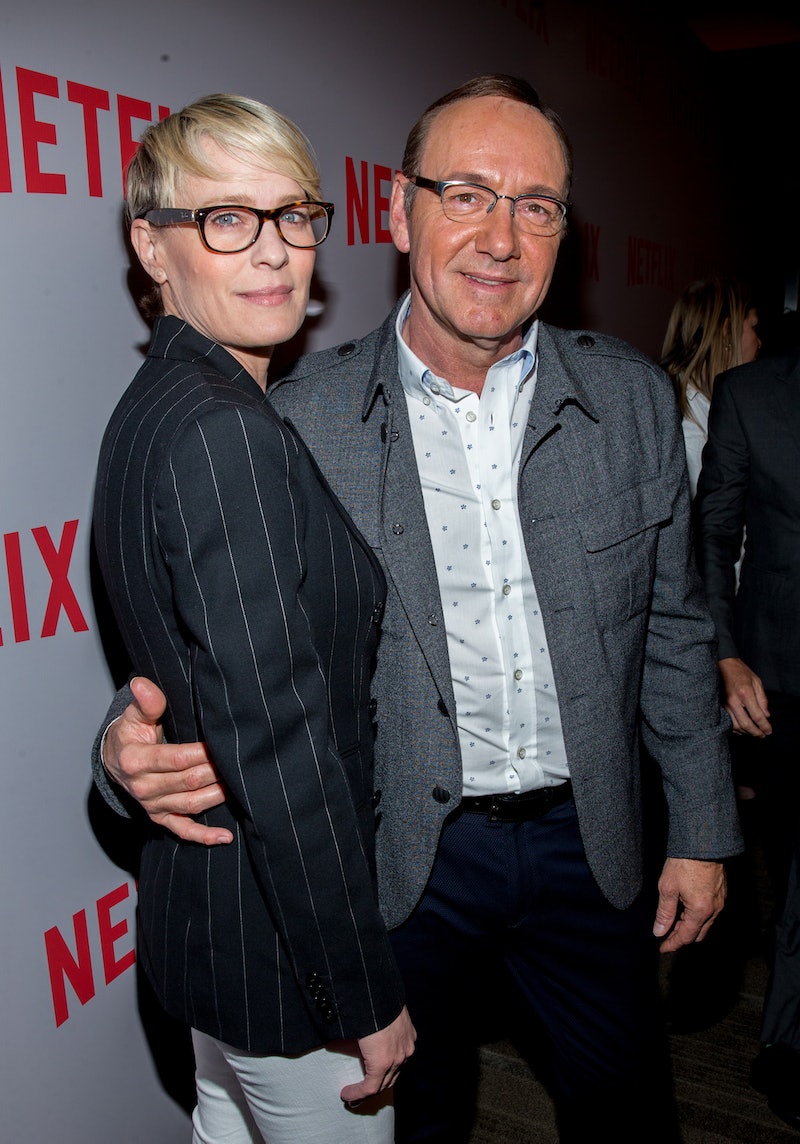 House of Cards may celebrate greed, corruption, and the dark side of human nature, but its depiction of consensual non-monogamy is revelatory. The power hungry power couple of Claire and Frank Underwood are guilty of murder, treason, and fraud many times over — which not-so-subtly reinforces the idea that only "bad people" stray from traditional relationships — but somehow this fact doesn't diminish the way the show humanizes and de-stigmatizes an often misunderstood relationship practice.

He can give you things that I can't. Look, Claire, we've been a great team, but one person, one person cannot give everything to another person... I don't see you the way he sees you. It's not my permission to give, but you'll do what's right for you. I want you to know if you want it, I know you'll be careful, and I'll be fine. I mean, if we're gonna go beyond marriage, let's go beyond it.

The reason this swoon-worthy speech is so revolutionary for mainstream TV is because non-monogamy is too often portrayed as shameful and immoral and all about hitting it and quitting it. Instead, Underwood's monologue focuses on an underrepresented side of the practice, one which is based in love that transcends labels. It's a shame that such a sweet moment has to be situated in a series about corruption, because there is nothing corrupt about love that doesn't need to be locked down to thrive. As more and more people test the waters of this completely healthy arrangement, however, perhaps we'll see even more nuanced representations of consensual non-monogamy like this one.