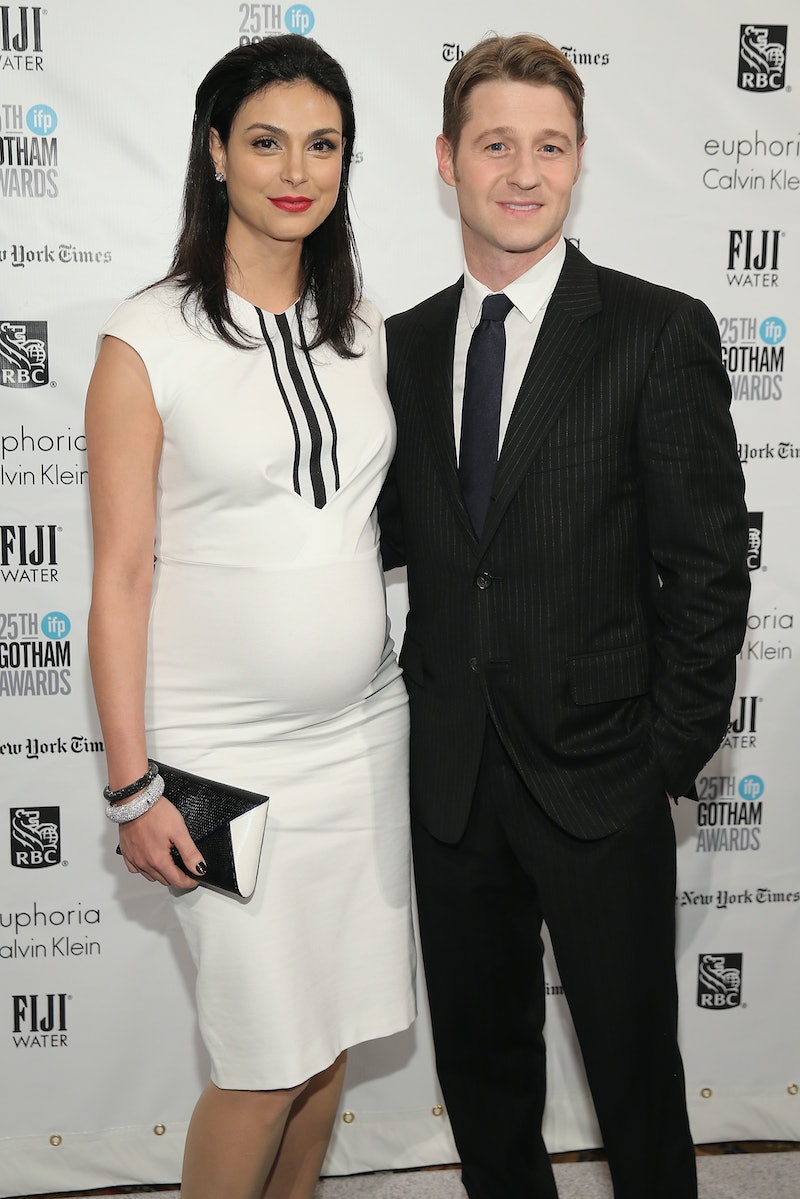 It's official: Ryan Atwood is a dad! Gotham stars Ben McKenzie and Morena Baccarin welcomed a baby girl, their reps confirmed to USA Today Thursday. If you thought they'd choose a Batman-related name, you'd be wrong. Think more along the lines of Dirty Dancing (though, I'm not positive that's why they went with this moniker). Anyways, their baby girl is named Frances Laiz Setta Schenkkan. For those unaware, "Schenkkan" is McKenzie's actual last name. The former star of The O.C. uses his middle name as his last name/stage name.

It already seems like the couple is over the moon with their new bundle of joy. "Morena and Ben are so happy to welcome baby girl Frances Laiz Setta Schenkkan on March 2," their reps told USA Today. "All are happy and healthy and appreciate the well-wishes." This is the first child for McKenzie and the second for Baccarin, who has a two-year-old son, Julian, with her estranged husband, Austin Chick.

First, let's talk about how Baccarin and McKenzie's daughter will probably become a huge Batman fan. I mean, with her parents starring on the hit FOX drama, I don't see how she couldn't be. Second, now that McKenzie and Adam Brody are fathers, does this mean they will have play dates? Can you imagine if their daughters became best friends just like their O.C. characters, Ryan Atwood and Seth Cohen? That better become a reality.

With that, let's send all the congratulations in the world McKenzie and Baccarin's way.