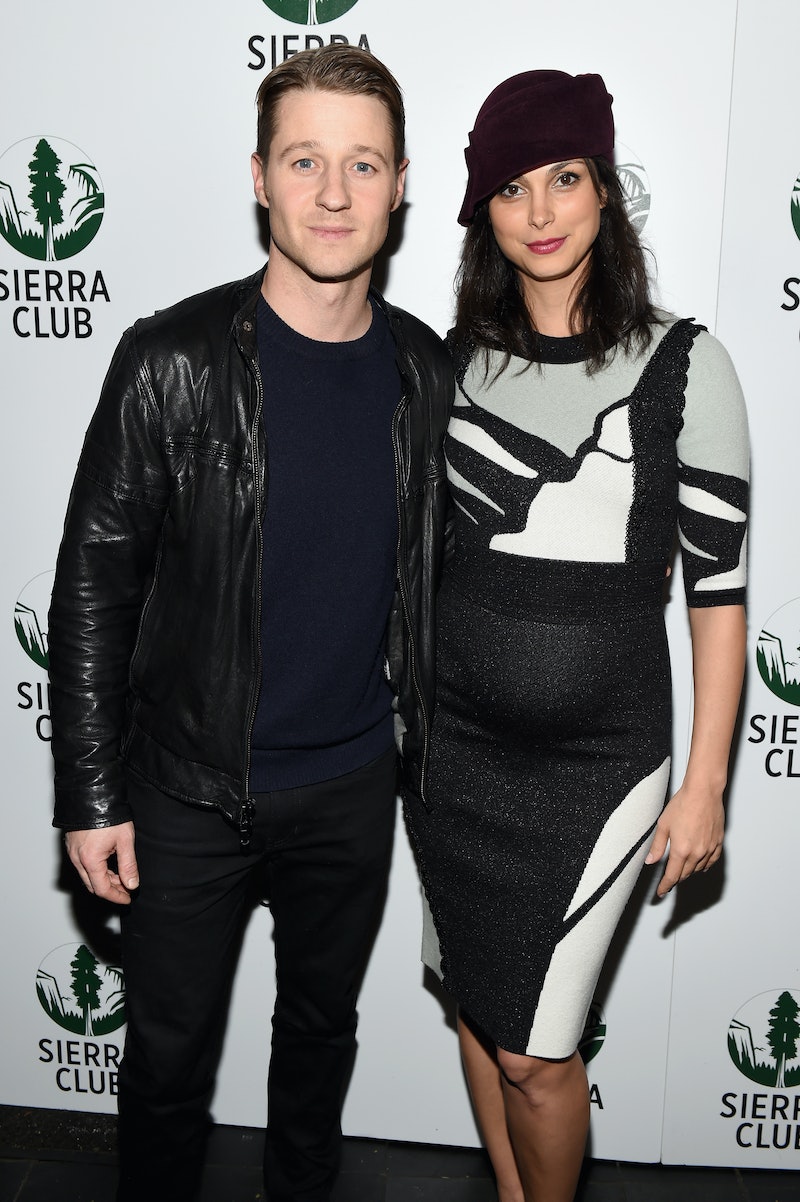 We don't all have whimsical, star-crossed stories to tell about how we met our significant others and that's OK. Life, contrary to popular belief, is not actually a romantic comedy. But every once in a while there is that extra special, real life, meet cute story that sounds too good to be true, but it is. Case in point, Ben McKenzie and Morena Baccarin may have gotten together on Gotham, but that was not the first time they were co-workers. So, how exactly did McKenzie and Baccarin meet?

Well, the new parents can eventually tell their bouncing baby girl, Frances Laiz Setta Schenkkan (you know, when she's old enough to comprehend things) that the story of their meeting is one of the oldest rom-com tropes in the book. Actually, it's more like two of the oldest rom-com tropes in the book. And I'll tell you all about them, because I'm a diehard romantic and I love when cliché love stories prove that they aren't so cliché. Especially considering that "unsuspecting co-workers who fall in love" is one of my all-time favorites.

But then again, so is the "one who got away" trope. Luckily for me, this couple fulfills both. As the Daily Mail reports, McKenzie and Baccarin met in 2006 when she played socialite Maya Griffin on The O.C. So, O.C. fans, if you didn't know Baccarin visited the on screen Orange County, it's probably time to do a re-watch.

That said, Baccarin and McKenzie did not have scenes together during her guest spot, so we can't know for sure if the two actually crossed paths while filming until they reveal that themselves. Which just makes this adorably reminiscent of the movie Serendipity. See what these two have done to me? The important thing to note here is that now, 10 years later, they have a child together, which means that "whatever is meant to be will find its way" cliché that we all used as our AIM away messages is true. Take that haters!

On the flip side, let's take a moment to commemorate the meeting between them we know for certain: Gotham. Because that's the one that really counts when we put the whimsy aside, and the interwoven similarities between what's gone on in Gotham and in real life are too good to pass up.

And, most definitely this:

Yep, that makes for a great story to tell little Frances, as well.