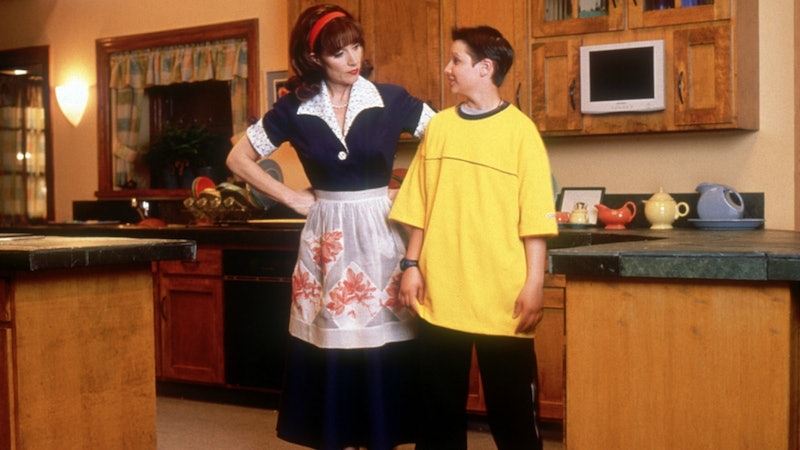 I was on summer vacation in elementary school when Disney's Smart House premiered on June 26, 1999, and to say I was excited about it is a massive understatement. On the off chance that you've forgotten what the movie was, Smart House follows the life of a young teen, Ben Cooper (aka Ryan Merriman, Ian from Pretty Little Liarsand the star of Luck of the Irish), after he wins a fully automated home in a contest and moves in with his little sister, Angie, and their single dad. Obviously, hijinks ensue, as is the case in any Disney movie worth its salt, when the house's automated computer system, Pat, begins to turn on them.

Of Disney Channel's two-plus decades' worth of original movies, Smart House ranks near the top, which is no small feat when you stop to consider that there are three Zenon movies and all of them are amazing. The movie is just that good, thanks to its great cast, entertaining antics, and Her-like plot, and it deserves to be seen by everyone, no matter how many years have passed since its debut. Here are 11 big reasons why you should be re-watching Smart House right now.

It's true: smart houses are a real thing now. Oh, and tech-related privacy issues? Definitely a thing. This movie basically predicted the future.

2. This Dance Sequence Is Beyond Words

3. It Brought This Classic, "Slam Dunk Da Funk," To Life

It's way better than the Inspector Gadget theme song.

20 seconds of epicness. Here it is on a loop — you're welcome.

6. The Scene About Turning Your Bedroom Walls Into A Movie Theater Is Amazing

"Excuse me? Annoying Spice? Could you please keep it down in here?"

7. There Are Strong Elements Of Feminism

Smart House deals with issues revolving around motherhood, women in the workforce, and the patriarchy. Pretty damn cool.

8. The Computer Engineer/Inventor Is Female

This movie was incredibly progressive for its time.

9. It Had The Most Epic And Practical Smoothie-Cleaning Situation Ever

I need a self-cleaning apartment, now.

10. And A Nutritional Analysis Feature That Sounds Ridiculously Cool

"Her atmospheric kitchen sensors act as instant breathalyzers and break down your entire diet." Not sure how that works, tbh, but it sounds like something every house needs.

Ben is a completely acceptable present-day Disney crush. Let's see you try and do that, Johnny Tsunami.

When this movie came out, your cellphone (if you even had one in 1999) still had Snake on it. Technology may have changed, but there's no denying that Smart House has stayed one of Disney's coolest movies of all time.

More like this
All The Sneaky Lindsay Lohan Movie Easter Eggs In Her New Ad, Explained
By Stephanie Topacio Long
Kimberly J. Brown & Daniel Kountz Looked Back On Their ‘Halloweentown’ Romance
By Stephanie Topacio Long
The 'Hocus Pocus' Sequel Finally Has A Release Date & It Makes Total Sense
By Shannon Barbour and Radhika Menon
Everything To Know About 'My Big Fat Greek Wedding 3'
By Grace Wehniainen
Get Even More From Bustle — Sign Up For The Newsletter