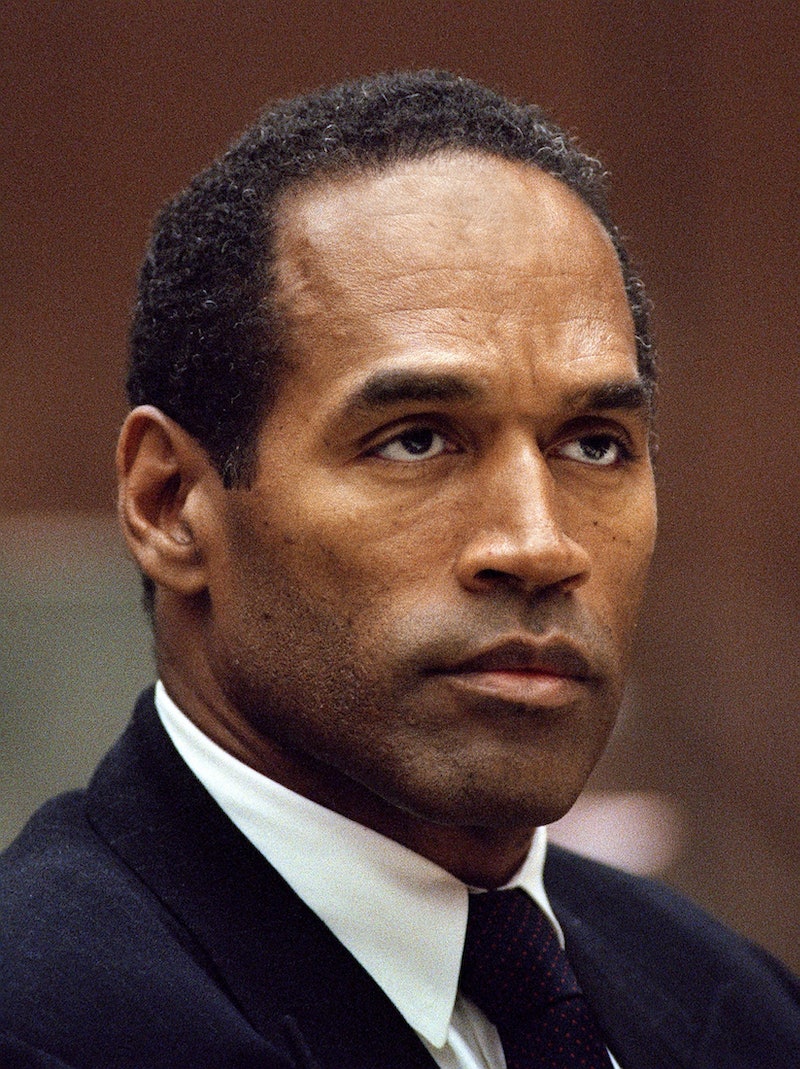 When you hear the name O.J. Simpson, you probably first think of him in conjunction with his infamous 1994 trial for the murders of his ex-wife Nicole Brown Simpson and Ronald Goldman, of which he was found not guilty. You might think of him second as a former professional football player, the running back for the Buffalo Bills and the San Francisco 49ers. Then you likely think of him as that charismatic guy from those ubiquitous Hertz commercials. "Star of the silver screen" is not often at the top of the list of things that Simpson is famous for, even if he did appear in several popular films throughout the '70s and '80s. In fact, the man even filmed a television pilot shortly before the murders of Brown Simpson and Goldman, an NBC series titled Frogmen. But while the mere mention may give you the urge to watch O.J. Simpson's Frogmen pilot, unfortunately that's not entirely possible...

...well, not unless you have connections in the TV industry to someone who happens to have a clandestine copy they're willing to share with you. That was the case for Brian Lowry, who wrote in Variety that he was "able to watch a 25-minute presentation for the [two-hour] pilot" screened for him by a "source" who "wouldn’t let the videotape out of his possession" while researching a 2000 Los Angeles Times article about the lost episode.

But that doesn't mean we don't know anything about Frogmen. In fact, as is often the case with things that are supposed to be kept secret, information on Frogmen isn't exactly hard to come by. You can see a promotional photo for the series here. According to Lowry's extensive LA Times report, the show was about a team of Navy SEALs ("frogman" is a colloquial term for a scuba diver) who "take on special assignments for the government and private sector."

Simpson plays their leader, John "Bullfrog" Burke, who goes to Costa Rica with four fellow ex-SEALs seeking to rescue a former friend who married Burke's ex-wife. Burke's crack team includes a ladies' man, a master of disguise and a skilled con man. Burke, meanwhile, fronts his operation out of a dive shop in Malibu. The final shot features the group having returned triumphant from their mission — grabbing surfboards and plunging into the surf.

Simpson, who had already starred in such big screen successes as The Towering Inferno and the Naked Gun trilogy and the ABC miniseries Roots, was set to appear alongside Todd Allen (Django Unchained), Louis Mandylor (My Big Fat Greek Wedding), and Evan Handler (Sex And The City, and, coincidentally American Crime Story) as the other SEALs. The series was meant to "recapture some of the fun-loving spirit of The A-Team — an action show with ample comedy set against an exotic blue-skies background," according to Lowry.

However, production on Frogmen wrapped only five weeks before the murders of Brown Simpson and Goldman, and the pilot quickly became notorious not for its "fun-loving spirit," but for one particular scene which Lowry reported "features Simpson's character grabbing what he believes to be an intruder (the young woman turns out to be his daughter) and momentarily holding a knife to her throat." According to Lowry, the prosecutorial team "investigated reports that Simpson received military training, including use of a knife, in preparing for the role. Defense attorneys sought to block the Frogmen videotape's admissibility by accusing the police of misconduct by watching the pilot in the former football star's living room as they searched his house." Ultimately, the videotape was not shown in court — and hasn't been seen by the public to this day.

In an interesting twist, one of Simpson's old Frogmen co-stars is currently appearing on The People v. O.J. Simpson: American Crime Story. Handler, who played the "master of disguise" member of Bullfrog's SEAL team, portrays famous lawyer and defense advisor Alan Dershowitz on the FX series. In a recent interview with Vulture, Handler described Simpson as "warm." "He didn't strike me as a guy of tremendous depth, but he was pleasant," he recalled. Handler went on to claim that Simpson talked about his relationship with his ex-wife "fairly constantly."

As the Frogmen cast "watched a lucrative career opportunity ride into the sunset, hitched to Simpson's Ford Bronco," as Lowry put it, they also found themselves in the middle of a "media storm." He reported that Allen in particular was "an especially attractive target, since he had been with his famous co-star when, during a break in the filming downtown, Simpson visited Ross Cutlery, the store where he later allegedly purchased a knife authorities thought might have been the never-discovered murder weapon." As reported by the Los Angeles Times, two Ross Cutlery employees testified during Simpson's trial that Simpson had purchased a knife from the store.

After Simpson was arrested, then-NBC president Warren Littlefield said that there were "no plans to broadcast" Frogmen and that "it would be hard to conceive of circumstances in which it could be presented," as reported by the Sun-Sentinal. Though Lowry reported that "executives were certain it would have rivaled the Super Bowl as a prime-time attraction, out-rating Friends and ER combined," the pilot never aired. "That is about the only proof you have that there is some dignity in the advertising and television business," Handler told Lowry, as quoted in his Variety article. Of course, that hasn't stopped people from being curious about Frogmen over 20 years after it was filmed.