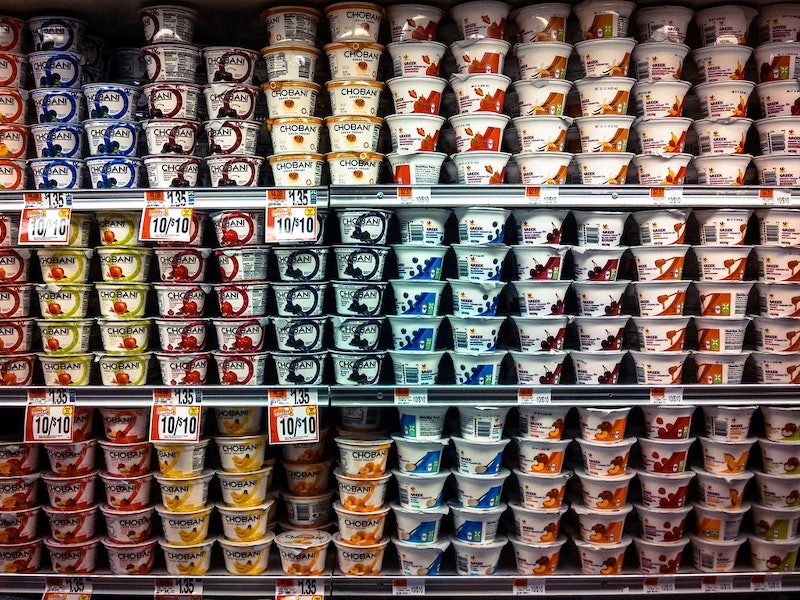 Where's John Stamos when you need him? We may have gotten our fix during the Super Bowl commercials, but a new study shows that eating low-fat yogurt daily could lower your risk of developing Type 2 diabetes by 28 percent. An increasing number of retailers have been stocking up on the snack (except for Whole Foods, which recently stopped selling Chobani) with the boom in the popularity of good bacteria. Along with yogurt, researchers in the United Kingdom also found that consuming other low-fat fermented dairy products such as cheeses can help fight the disease.

The study, published Wednesday in the journal Diabetologia, followed 4,000 people over the course of 11 years to track their dietary habits. Those who ate the most yogurt had a 28 percent lower risk of developing diabetes, compared to those who didn't indulge at all. Diabetes affects 382 million people worldwide, and the number will only continue to grow, according to the International Diabetes Federation. Study participants who had the most significant reduction in disease risk ate an average of four and a half 4-ounce servings of low-fat yogurt per week.

So why is it so good for you? Aside from the fact that Greek god John Stamos says so (would Uncle Jesse ever lie to you?), dairy products contain many nutrients such as calcium, vitamin D, and magnesium. Yogurt specifically also has particular types of vitamin K and probiotic bacteria to help in combating the disease. Another contributing factor: participants were more likely to make healthier snack choices throughout the day, such as substituting a serving of yogurt for chips.

Of course, people who tend to snack on yogurt might just be healthier in the first place. Researchers stress that the findings don't prove a cause-and-effect relationship between yogurt and diabetes, but an association. Past research focused on overall total dairy products intake, whereas the recent results were based on the examination of "subtypes of dairy products."

Other studies show that yogurt can improve digestion, help women shed pounds, and even maintain their weight. Because that's all we're supposed to care about, right?