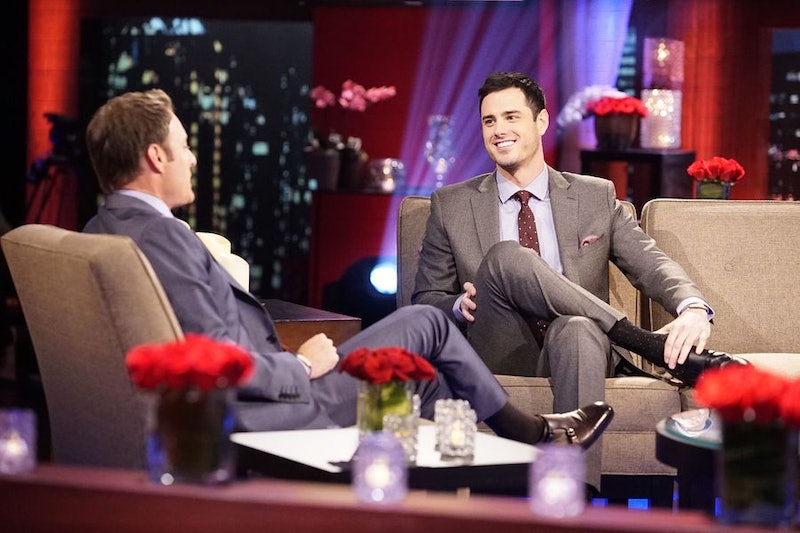 Ben Higgins choosing Lauren Bushnell as his wife-to-be on The Bachelor wasn’t that surprising. These two had chemistry that was off the chain, and it was very obvious from their mannerisms and secret jokes that they were going to end up together. And they did, Ben putting that rock on her finger and telling her that he wants to “kiss her on the face” every morning. There is one part of Ben’s proposal that rubbed me the wrong way — Bachelor Ben called Lauren's dad, Dave, and asked if it was OK if he proposed to his daughter before he did it. Of course, Mr. Bushnell said that he would be happy to have Ben as a member of the Bushnell clan, and so far, Ben and Lauren are living happily ever after.

But, I mean, patriarchy, amirite? I know that this “asking for permission” thing is a tradition for many families, but I think it’s stupid. Know why? Because it calls back to a time when women were treated as property, and this whole “asking for permission” thing only happened to negotiate a dowry. A cow here, an oxen there, 30 pieces of silver and a ruby necklace over there. Asking a woman’s father for permission to marry her insinuates that she’s not willing or able to make her own decisions about getting married so her father must dictate whether or not it’s a good idea. Isn’t this the 21st century? What’s going on here?

Though Ben has been a pretty untraditional Bachelor in the sense of the show (I mean, he told two women that he loved them for the love of God), does his asking for Lauren’s dad permission mean that he sees marriage in a traditional sense? That’s to be determined, but this episode definitely left a sour taste in my mouth. If Lauren had the guts to go on the show, surely she has the strength to decide who she'll marry.