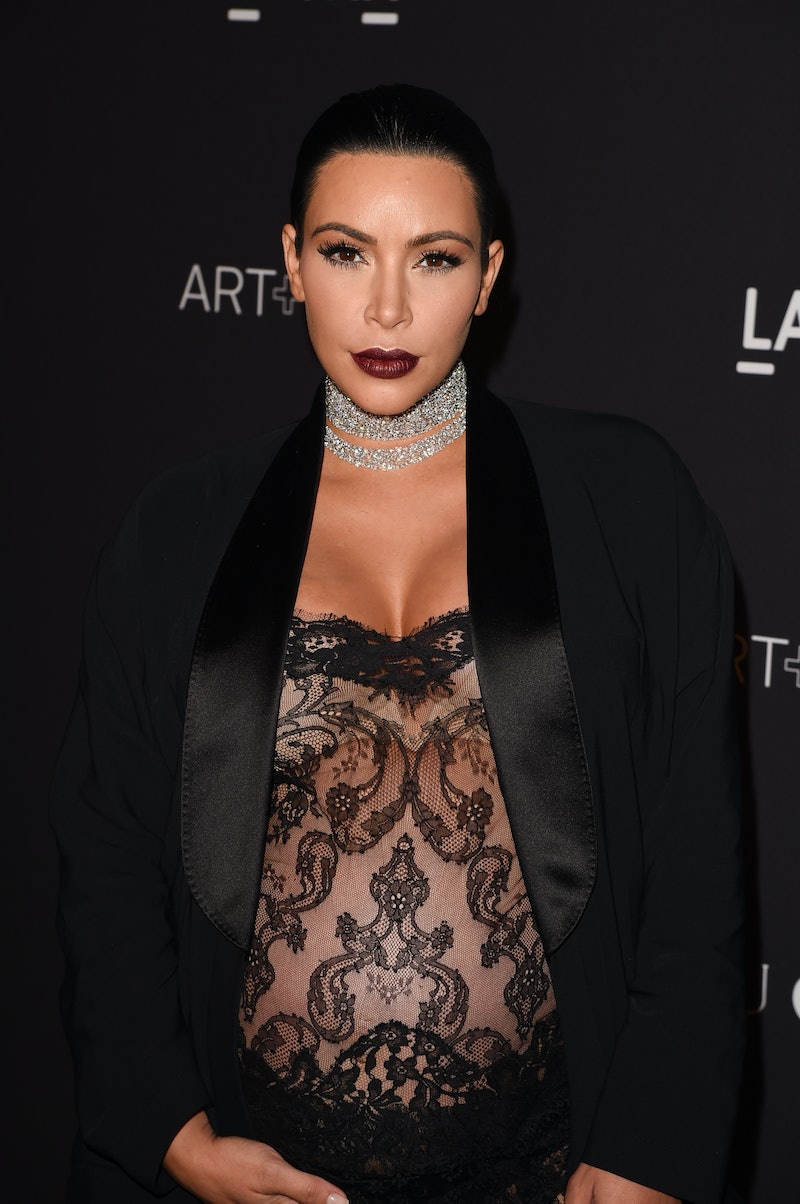 It seems completely bizarre to think about now, but I remember a time back in 2007 when I was the only person among my friends who watched KUWTK. In fact, I was the only person I knew who actually knew who Kim Kardashian was. Chalk it up to an obsession with celebrity and, particularly, a love of Kardashian's former BFF Paris Hilton, and I was keeping up with the Kardashians in the show's infancy, before they became one of the most famous families on the planet.

Now, Kardashian (and basically her entire family) has curated a brand by creating a familiar persona that makes her instantly recognizable, and there's no one out there doing it better these days. Want fashion tips? Check out her app. Selfies? Head to Instagram.

She's been on Snapchat for less than a week, but I already feel as if we're seeing a completely different side to the 35-year-old reality star. It's easy to feel like we "know" her based on the fact that her everyday activities are reported about, quite literally, every single day. If she goes shopping, it's a news story. If she tweets, it's a news story. If she doesn't go shopping or tweet, people wonder where she's been and create a news story based on that.

What makes Snapchat different than the other ways to keep up with Kardashian is the fact that it seems less calculated. Her reality show has been called to question for its authenticity, and is naturally edited to fit a certain story line or segment. Her Instagrams have also been called out for possible editing, but doesn't everyone do that on Instagram? That's essentially the whole point of using a filter and cropping selfies to look picture-perfect. And it's very likely that she carefully thinks about her tweets before posting, after all, when everything you tweet becomes a news story, it'd be impossible not to consider your words beforehand.

Of course, I'm sure Kardashian puts just as much thought into her snaps as she does everything else, but it's refreshing to see her in her most "normal" moments. Whether it's driving in the car with Kanye West on the way to the gym or playing dress up with North, these are the things we don't get to see on KUWTK. North and Kanye don't frequently appear on the show (though I wish they would!), so it's really sweet to see their behind-the-scenes moments, without editing, filters, and marketing.

Kardashian addressed this herself in a series of tweets, writing,

She may feel that Snapchat shows her "silly, sarcastic alter ego" and that Twitter is where she can "freely talk" but I, for one, am loving seeing Snapchat Kim. It's nice to see her hanging out with friends like Fergie, having silly moments with her daughter, and doing normal things that we all do. And of course, it's Kim Kardashian, so a well-placed selfie is never too far out of the way.