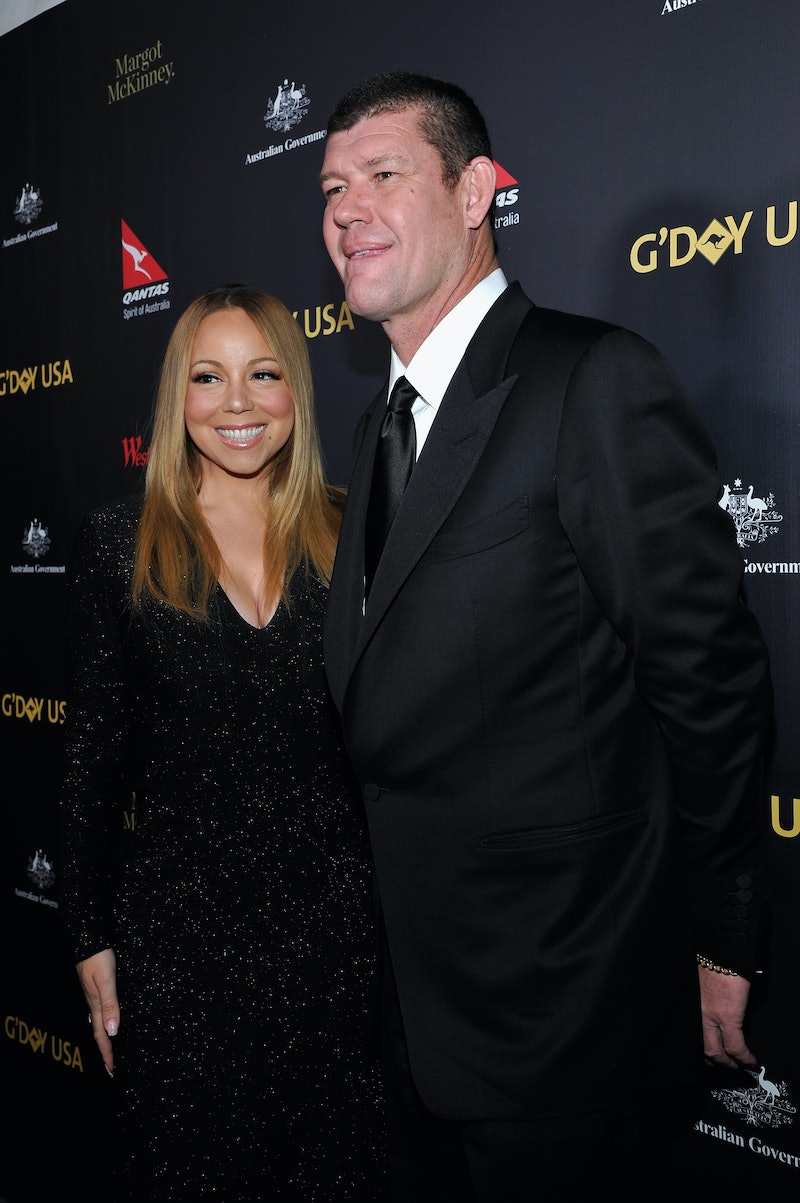 If, like me, you're a longtime fan of the singer, then the news of Mariah Carey's engagement to James Packer was an exciting moment to behold. After all, Carey has been through a lot in relationships, and her ups and downs have long been the subject of tabloid scrutiny, from her tumultuous marriage to record executive Tommy Mottola to her second marriage to radio and TV personality Nick Cannon, which ended after six years of marriage early last year. It's obvious that Carey fans simply want their girl to be happy, so it's exciting to see that she's finally found her happily ever after with Packer. But when are the two lovebirds getting married?

TMZ reported in January that neither Packer nor Carey are actually legally divorced from their respective spouses yet. For Carey, this means her divorce from Cannon, and for Packer, from his ex-wife Erica Packer.

Still, that doesn't seem to be stopping the singer and businessman from moving forward with their plans. Carey told E! News in January that she wanted to marry him "somewhat soon." And "somewhat soon" may be sooner than most were thinking: multiple outlets are reporting the couple is planning an intimate, but lavish summer wedding on a small Caribbean island.

Yep, in a wedding fit only for Carey herself, TMZ reports that the couple is in the midst of planning for their "private affair with only 50 guests on the exclusive island of Barbuda in the Caribbean." According to TMZ, Packer is in the process of building a $250 million resort in the country along with Robert De Niro, and the couple will fly their guests out via private jet to attend the nuptials, as you do.

The report adds that, thanks to Carey's juggling of her new reality series, European tour, and Las Vegas residency, that they are waiting until "sometime after mid-June" to exchange vows.

Invitations for the wedding have reportedly not gone out yet, but I can't be the only one obsessed with these fabulous plans. I say, you go girl. Just please share photos so the rest of us can have Mariah-wedding envy!