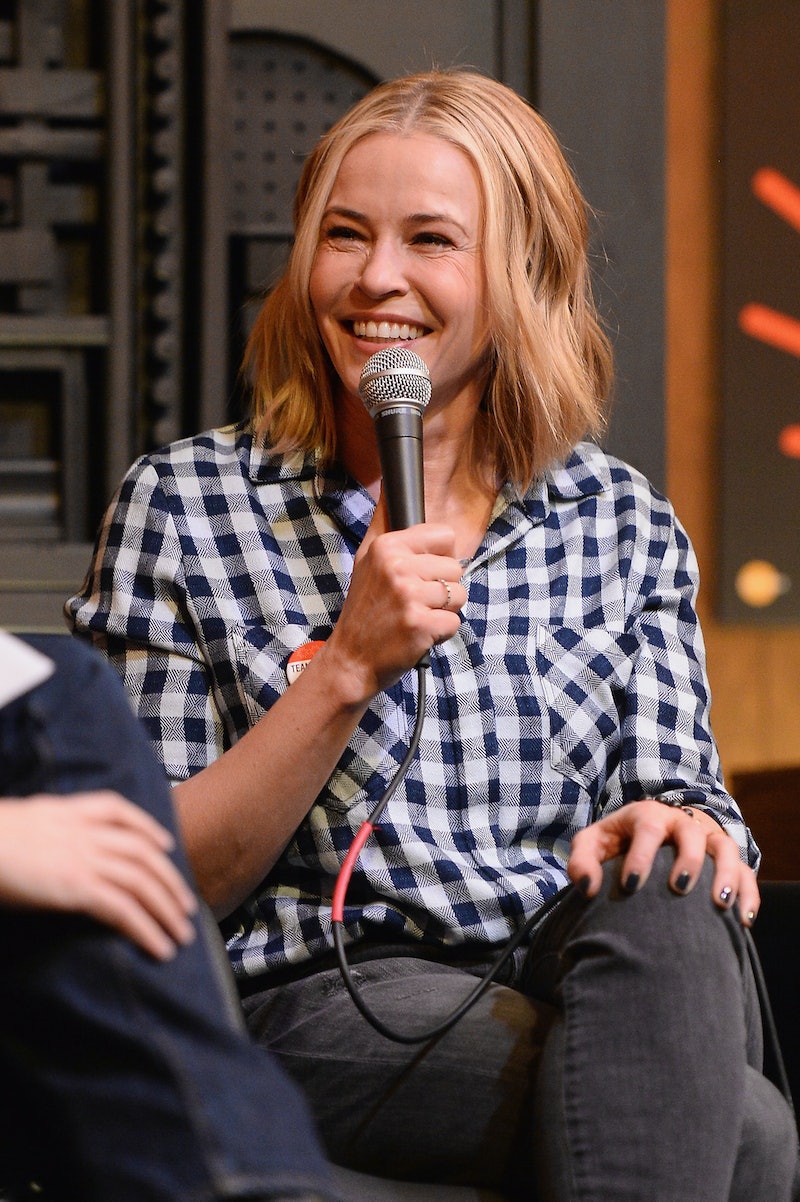 Chelsea Handler has been taking over the world for a while now. Between her highly successful talk show and her various side projects, she's never settled in the shadows for longer than a second or two. Now we get some new Handler for our streaming pleasure via a brand spanking new Chelsea Handler Netflix series. The details are slowly coming out, but it looks like she will have a hit on her hands. Since we are currently missing a title, it's good to have some insider details to pick through. The official premiere date has been set for May 11 on Netflix. The episodes will be 30 minutes each, and will be rolled out every Wednesday, Thursday and Friday. Usually Netflix shows are released in a clump for optimum marathon watching, but I actually prefer the staggered release. It keeps the show fresh and something to look forward to for the viewers.

We may not have a title yet but according to TVline, Handler announced that the title would be released during a social media press conference on Thursday at noon. I'm thinking that it will definitely include her name, because that seems to be her thing with all of her endeavors. Maybe Chelsea Does Netflix or Where In The World Is Chelsea Handler? I'm not a professional title maker, so I'm sure the real big shots can come up with slightly better options.

It's looking like this show will be a crazy adventure for both Handler and audiences. Fans will be able to follow along with their favorite comedienne by jumping on Netflix according to her release schedule that has been set for the series.

The format of the series is a really intriguing one. It looks like Handler will be traveling all over this planet of ours to interview various people from various places and cultures. This will include dignitaries, so you know that we will be seeing some classic Handler inappropriateness. She will no doubt be creating a host of awkward moments with people of importance. That's enough to convince me to tune in.

No matter what, fans of CheHandlerlsea are sure to be waiting with breath that is bated for the May 11 release. It's looking like they won't be disappointed.