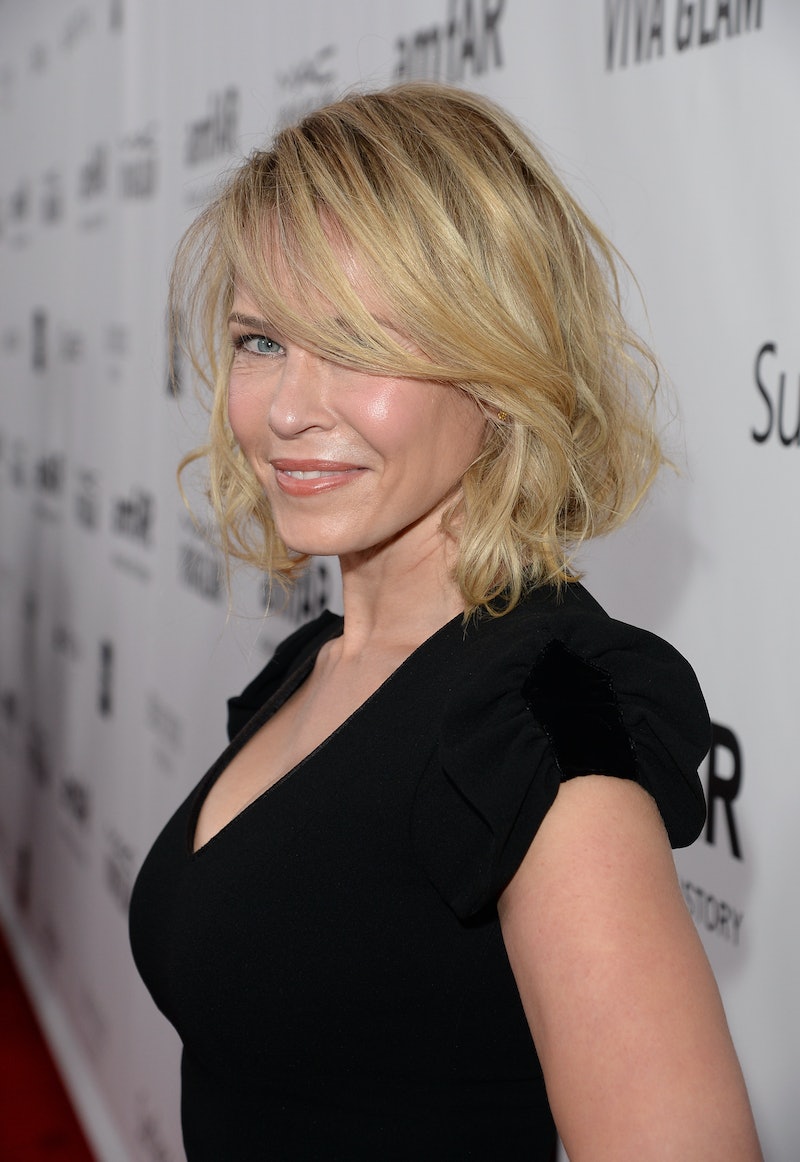 Don't worry Chelsea Handler fans. Just because she said she would be leaving her E! show in August, that, apparently, didn't mean that she was giving up on talk shows for good. Chelsea Handler has signed a deal with Netflix for a new talk show as well as "standup special and four docu-comedy specials," according to Deadline. The new talk show will premiere in early 2016 and its format and frequency of episodes has yet to be determined. But regardless of those logistics, it sounds like you can expect the same type of humor from Handler. Netflix says that the show will "encompass Chelsea's unfiltered opinions on topical entertainment and cultural issues, as well as her signature guest interviews."

Handler doesn't hold back when it comes to her "unfiltered opinion" and often this comes out in the form of a joke you might be uncomfortable to hear in front of, say, your grandmother. Because she's starting her new job soon which, because it's online, will likely allow Handler to push the envelope even more, let's prepare by taking a look back at some of her dirtiest jokes.

"Most republicans are against contraception because they don't care about it. You can't get pregnant anally anyway."

"My mother told me that life isn't always about pleasing yourself and that sometimes you have to do things for the sole benefit of another human being. I completely agreed with her, but reminded her that that was what blow jobs were for."

On Her Sense of Humor

"I had heard my brothers and sisters use curse words but had never dared use one myself in front of anyone. But I had practiced alone in my room lots of times, trying out different cadences and into nations: 'Fuck, fuck, fuck you, fucknut. Shit, shitstain, fucker! Go fuck a duck, you asswipe!' My favorite was, 'What a fucking cocksucker.' The plan was to say this casually to one of my new friends while one of our teachers walked by. No one in kindergarten ever really got my sense of humor, so I was hell-bent on making my mark in the first grade.”

On... Um... The Differences Between the Sexes

"Most men would never tell a girl her Pikachu smells like a crab cake. It's just not done. But they would have no qualms about telling their guy friends. Similarly, if you're a guy and you pull your pants down, and the girl you're with immediately stats text messaging her friends, you have a small penis."

And here's a compilation of some of Handler's early standup sets. It fits the theme here and that will be very clear within about ten seconds:

More like this
'Sex Education' Is Losing One Of Its Lead Characters In Season 4
By Bustle UK
What’s New On Netflix: Lana Condor’s Ghostly Comedy & A Sexy Reality Series
By Arya Roshanian
What’s New On Netflix: 'Stranger Things' & 'Mean Girls'
By Arya Roshanian
Here’s Everything Coming To & Leaving Netflix In July
By Grace Wehniainen
Get Even More From Bustle — Sign Up For The Newsletter