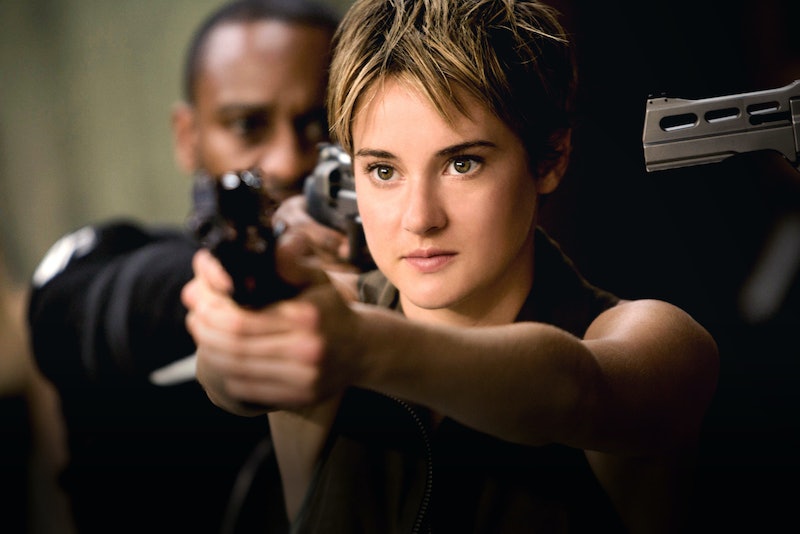 You didn't think we'd get through another Divergent movie without any deaths, did you? The Divergent Series might not be known as a bloodbath, unlike some other YA adaptation franchises that shall remain nameless (The Hunger Games), but it still is about a dystopian future and civil war. So, yeah, there's death involved. Unfortunately, as the tension between factions and divergents like Tris has escalated in Divergent and Insurgent, we've had to say goodbye to more and more characters, and now in the third installment, Allegiant, we're going to be saying some more. If you don't want spoilers and have not read the books, stop reading now, for here we will discuss a list of who dies in Allegiant .

As the first movie in a two part finale, there aren't too many shocking deaths in Allegiant. After all, some things need to be saved for the finale. But, what deaths there have an impact, not just on the story but on the characters. After going toe-to-toe with Jeanine, Four, Tris, Christina, Caleb and Peter are ready to make their way to the other side of the Wall in Allegiant, but the journey is far from easy, with more than a few deaths along the way. Here are the obituaries in Allegiant .

After Tris and Four exposed Jeanine's plans to take over the factions and kill divergents, her helpers were also apprehended. In the beginning of Allegiant, faction leaders like Candor's Jack Kang (Daniel Dae Kim) decide to execute some of her followers as punishment.

This one hurts, guys. Tori, the Dauntless tattoo artist who first informed Tris that she was divergent, dies in Allegiant when their group is trying to get over the wall. She's shot right at the top.

This death is important because it convinces Four that the Bureau of Genetic Welfare outside of Chicago isn't all it's cracked up to be. After being sent on a mission to save children by the Bureau, Four realizes that they aren't really saving kids, but kidnapping them, killing their parents and then erasing the children's memories so that they don't fight back after being taken. When he sees a child get "rescued" and his father killed, Four realizes that the Bureau are not the good guys.

After he realizes that the Bureau can't be trusted, Four fights off some of the officials on his plane out of Chicago, causing the plane to crash so he can escape. Considering he makes a plane fall out of the sky, it seems pretty clear that there are a few nameless casualties.

Also known as Four's abusive father, Marcus doesn't die in Allegiant, but his estranged wife, Evelyn, wipes his memory as punishment for all that he's done. And one could say that's a fate similar to, if not worse than, death. (Given what we saw in Four's fear simulation in Divergent, I doubt fans will be disappointed by this one.)

And, there you have it, the good and the bad deaths in Allegiant. Something tells me the next body count isn't going to be as low.