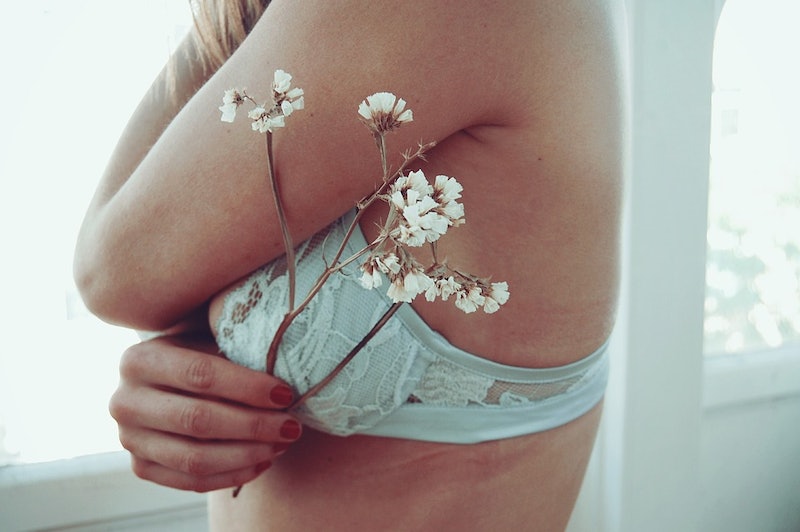 Women are urged to administer regular breast exams, because early detection is often the strongest fight we have against cancer. Now, a new bra that detects breast cancer and signals using a warning light could be on the horizon. Researchers at Colombia's National University have been working on the tool; although it's still being tested in labs, their goal is to eventually bring it to the market at a reasonable price.

Regular testing and early detection could be what saves our lives. In fact, when treated early, the five-year relative survival rate for a case of localized breast cancer is as high as 99 percent. And with estimates of new cases of breast cancer for 2016 alone totaling nearly 250,000, we need all the help we can get.

This isn't the first we're hearing of a bra that might be able to detect breast cancer. Back in February of 2015, word got out of a sports bra doing something similar, called the iTbra. Wearable technology is certainly changing the face of early detection, likely coming first before exams and mammograms, quicker and more conveniently and affordably.

But until a cancer-detecting bra (hopefully) becomes available to the public, you can always do self-exams at home. Johns Hopkins reports that 40 percent of diagnosed cancers are a result of the woman first detecting the lump themselves. Self-exams are pretty easy and will teach you more about your body, too. The National Breast Cancer Foundation suggests a few approaches:

1. Do A Self-Exam In The Shower

Move the pads of your fingers in small circles around your entire breast, starting on the outside and moving in. Don't forget your armpits! Do this once a month, looking for any changes.

2. Do A Self-Exam In Front Of The Mirror

Look at your breasts both when your arms are at your sides, and then when they're raised overhead. This time, you're looking for changes in the contouring; take note of any dimpling of your skin. The next test is to put your hands on your hips and flex the muscles in your chest. Again, note any major differences, although keep in mind that no human is perfectly symmetrical.

3. Finally, Do An Exam Laying Down

The reason for this is that when you're laying down, your breast tissue spreads out more evenly. First, put a pillow under your right shoulder, and bring your right arm behind your head. Once again, use the pads of your left fingers in small circles all around your breast and armpit. Repeat on the other side.