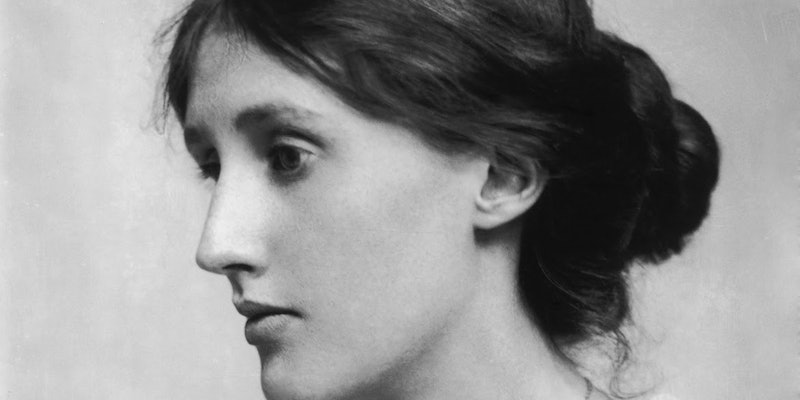 The body positive movement may seem extremely modern, and in many ways it is. For one of the first times in history, we're talking about bodies (female bodies in particular, but standards of attractiveness do go both ways) and the atmosphere of condemnation and negativity that accompanies them in the media and wider world. Body positivity's a feminist issue, too: one way in which women have been constrained and muted in society has been the public emphasis on their bodies, and on the necessity to have one particular type of body to be attractive and validated.

Perspectives on body positivity do actually go back many centuries, though they often come with their own distinct baggage. The Roman poet Ovid, for instance, wrote in The Art Of Beauty that beauty shouldn't be the aim of women, and that a "good disposition" would provide much more joy than temporary attractiveness. But he buried that in a facetious essay telling women how to make themselves more attractive to men, so you can take that one with a pinch of salt. None of these quotes should be taken to demonstrate a wholesale acceptance of all bodies as beautiful, or to mean that the person speaking held decidedly modern attitudes. But they do contribute to the conversation, and some of them might seem strikingly up-to-date.

Here are 15 beautiful quotes from historical figures about beauty's relativity, the worth of the body, and why you should adore the skin you're in.

“Taught from infancy that beauty is woman's sceptre, the mind shapes itself to the body, and roaming round its gilt cage, only seeks to adorn its prison.”

Mary Shelley would, of course, make her name as the writer of Frankenstein, but she also had some glorious opinions about women being told that their only purpose in life is to be beautiful.

"Beauty is a primeval phenomenon, which itself never makes its appearance, but the reflection of which is visible in a thousand different utterances of the creative mind, and is as various as nature herself."

Goethe was basically commenting, here, on the fact that pure "beauty" isn't really a thing; it's all visible in millions of different ways and in many different places. Which is deeply comforting if you don't fit the current physical "beauty standard".

"Does my sexiness upset you? Does it come as a surpriseThat I dance like I've got diamondsAt the meeting of my thighs?"

Angelou's now-classic, extraordinary poem I Rise is a rallying cry for women of color in particular, but its message of pure and unadulterated self-confidence, particularly in the sensuality of the female body, is extremely powerful for all women. She was talking about the thigh gap long before us.

"What spirit is so empty and blind, that it cannot recognize the fact that the foot is more noble than the shoe, and skin more beautiful that the garment with which it is clothed?"

One of the greatest artists of the human body who ever lived, Michelangelo was acutely attuned to its innate worth, and bemoaned how little we seem to appreciate ourselves in comparison to our clothes and adornments, no matter what we look like underneath them.

“To have that sense of one's intrinsic worth which constitutes self-respect is potentially to have everything."

Didion was one of the most influential writers of the 20th century (and is no slouch in the 21st), and her 1961 essay On Self-Respect is an excellent read for an understanding of the concept of respecting and loving oneself in character as well as in body.

"Beauty is a harmonious relation between something in our nature and the quality of the object which delights us."

Pascal had thoughts on many things (he was a mathematician and philosopher, among other roles), but he also thought thinking something was "beautiful" was all about ourselves and how we see the world. Beauty, to Pascal, is everywhere, individual, and relative.

“To wash your hair, apply your makeup and put on clothes that are well-scented with incense. Even if you’re somewhere where no one special will see you, you still feel a heady sense of pleasure inside.”

Shonagon produced The Pillow Book, a collection of gossip, whimsical observation and poetry, in the royal court of Heian Japan over one thousand years ago, but even then, the sense of pleasure in one's body and appearance as a gift for oneself rather than anybody else was a distinct philosophical attitude.

"There is no excellent beauty that hath not some strangeness in the proportion."

No, this isn't actually the Francis Bacon who produced ferocious portraits that electrified modern art; it's actually his predecessor, the politician and thinker who dominated 16th century England. Don't let anybody tell you that "proportion" is what makes beauty.

"The body too has its rights; and it will have them: they cannot be trampled on without peril. The body ought to be the soul's best friend. Many good men however have neglected to make it such: so it has become a fiend and has plagued them."

The key to body positivity is to adore and be friends with the one you have, give it what it needs, and nourish and respect it, rather than punishing or ignoring it. The Hare brothers, who were writers in the 19th century, understood this, and the devoted relationship that should exist between the mind and the body.

“I'm not intimidated by anyone. Everyone is made with two arms, two legs, a stomach and a head. Just think about that.”

Josephine Baker was a groundbreaker: a campaigner against racism, an African American exotic dancer who became a sensation in early 20th century France, an idealist who once bought an entire village and a war hero who won the Legion d'honneur for her work with the French Resistance in WWII. And she knew exactly what bodies were for and why they couldn't scare her. Of course, not every body has those parts, but her point is clear.

"There are as many kinds of beauty as there are habitual ways of seeking happiness."

Baudelaire himself was a famously erratic and intelligent French poet, but he spent a lot of time contemplating the prospect of beauty and what it meant, and decided that it was actually a far more diverse prospect than the one-size-fits-all thing people were being fed about poetry — or bodies.

"What we observe as material bodies and forces are nothing but shapes and variations in the structure of space."

This may seem too terrifying to be body-positive, but Schrodinger, a physicist and inventor of the famous paradox of the cat in the box, was making a point that should hearten us: small differences in size, shape, structure, cellulite, or hairiness are actually insignificant when you think about bodies in terms of what they really are in space. We're all alike.

Eduardo Galeano only died in 2015, but he was given huge obituaries around the world as one of the major writers of Latin America; so while he only just creeps into the qualification of "historical," I think this is one of the most beautiful things ever written about the reality of owning a body and celebrating it as glorious.

"The eyes of others our prisons; their thoughts our cages."

Virginia Woolf's fiction is all about perception and individual perspective, so it's unsurprising that her own thoughts about the power of other people's opinions (and how much importance we needlessly put on pleasing them) are still resonant a century after she wrote them down.

"Be strong then, and enter into your own body; there you have a solid place for your feet."

Kabir was a mystical poet of the 15th century whose work is celebrated by followers of a particular religious sect and is part of the intellectual tradition of Hinduism, Sikhism, and Islam. This line encapsulates what it takes to actually be in your body, and understand both how amazing it is and how ultimately it's the core of your being. Go away and love your body for what it is and what it can do.