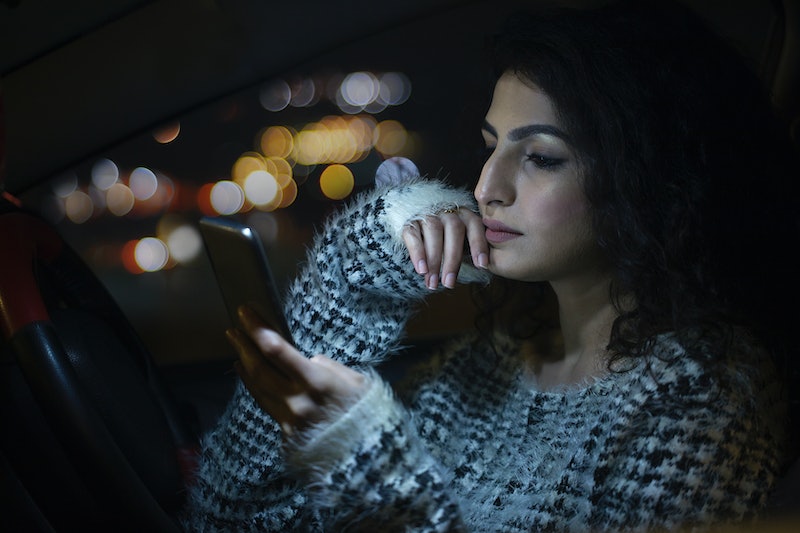 An article published by TIME in 2015 reported that on average Americans check their phone 48 times a day, with 18- to 24-year-olds averaging the most at 74 checks a day. Prompted by our growing dependence on technology, a new study published in the Psychonomic Bulletin & Review seeks to find out why some people are more addicted to their phones than others.

I admit it — I am guilty of being one of the frequent checkers. Every time there is a Facebook or a Twitter notification I feel a burst of satisfaction. Sometimes, I even click the screen without being prompted by the soft “ding” that signals an update. Me and my phone are best buds, and if anything happened to it, I’d be devastated (and that's not just because I can’t afford to replace it). But it seems checking my phone is due to more than seeking a reward or just a modern tic. Psychologists Henry Wilmer and Jason Chein of Temple University believe that frequent phone use is a telling behavior that might say something vital about our impulse control and behavior.

The study, which examined what is driving the impulse to check and recheck our mobile devices, assessed if heavy usage is tied to certain mental functions and traits, such as delayed gratification and impulse control. To do so, 91 college undergrads were put through a volley of cognitive tests and questionnaires. These methods collected data on how much the students checked their phones and posted to social media on a daily basis.

The students were also tested on their ability to delay gratification by answering hypothetical questions about their preference towards receiving a large amount of money in the future or a smaller sum instantly. Tasks which tested their ability to control their impulses, as well as tests which measured their reaction to reward stimuli were also administered.

The evidence from the study suggests that the people who obsessively check their phones are less likely to delay gratification. The tendency to devalue rewards that are not immediate and subpar impulse control are connected to the growing use of portable electronics as well. So, if you're wondering why you are having a hard time editing yourself on social media, perhaps our phone scanning compulsion is partly to blame.

Wilmer described the findings to Springer, "Mobile technology habits, such as frequent checking, seem to be driven most strongly by uncontrolled impulses and not by the desire to pursue rewards." I mean, if you asked if I wanted a small cookie now or a big cookie later, I would DEFINITELY choose the cookie now.

With these always accessible devices we have the world at our fingertips. Dr. Chein, who led the study, warned that there may be a downside to our growing dependence on this technology. "The findings provide important insights regarding the individual difference factors that relate to technology engagement," says Chein. "These findings are consistent with the common perception that frequent smartphone use goes hand in hand with impatience and impulsivity."

Perhaps it's finally time to fight my smartphone addiction with a little digital detox?