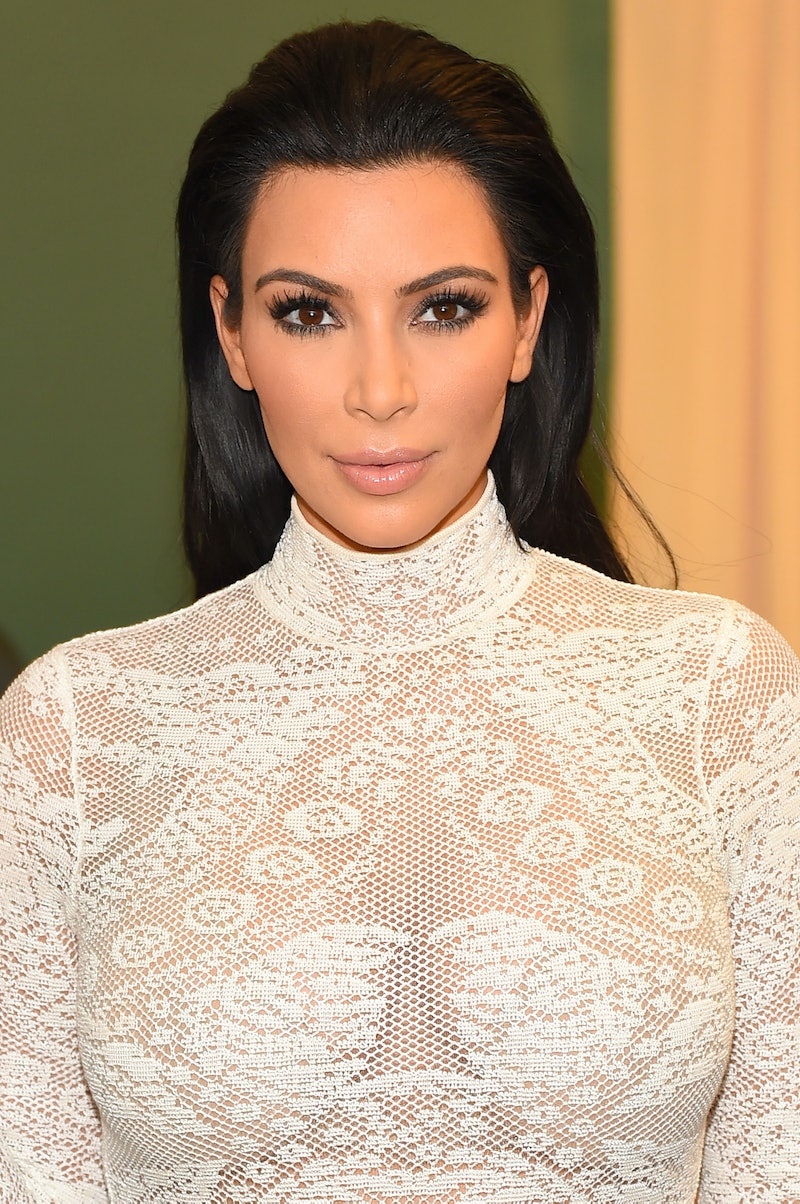 It's safe to say that Kim Kardashian's nude selfie broke the Internet a few weeks ago — but maybe not for the reasons that you'd expect. While the sultry selfie was one that would make headlines no matter what, the photo instead became the center of a debate about feminism, slut-shaming, owning your sexuality, and women supporting other women. While stars like Pink, Chloë Grace Moretz, and Bette Midler critiqued or joked about the photo, many other female celebrities stuck up for Kardashian and the empowerment that can come from embracing your sexuality. In the wake of the controversy over the photo, several of these celebs have taken to Instagram to reveal that Kim Kardashian sent them flowers and thanked them for their support.

One of the recipients of the thank you bouquet was Modern Family star Ariel Winter, who shared Kardashian's gift on Instagram Wednesday night. "Ariel — I wanted you to know I saw your tweets last week and I really appreciate your support," Kardashian wrote in her thank you note to the actor. "Women supporting other women is so powerful! xoxo, Kim."

She sent a similar bouquet and a similar note to actor Emily Ratajkowski, who also Instagrammed the evidence. "Emily — Hey! I just wanted to say thank you so much for your support last week," Kardashian said. "I saw your tweets and just think it's so powerful when women support other women! So thank you."

Women supporting other women is a sentiment that Kardashian clearly feels strongly about — enough to go out of her way to send personal, handwritten thank you notes to some of the women who stood up for her and her selfie. While it certainly goes beyond the norm (do people other than Taylor Swift still send handwritten thank yous?), it makes perfect sense that Kardashian wanted to show her support for the women who showed such support for her. After all, the reality star penned a powerful and thoughtful response in defense of her naked photo when stars quickly spoke out against it.

While Kardashian sought to empower others with her unabashed and unwavering self-confidence, the type that comes with being comfortable with yourself, an unintended side effect of the selfie was the woman-to-woman solidarity that came with those who stood up for Kardashian's photo and everything she hoped to accomplish with it. Kardashian sending her thanks to the women who believed in her message and added their own voices to it is more than just a gesture of gratitude, it is sending that same support and solidarity right back to them. It's women supporting women who support women. And shouldn't that be what we all strive to do?