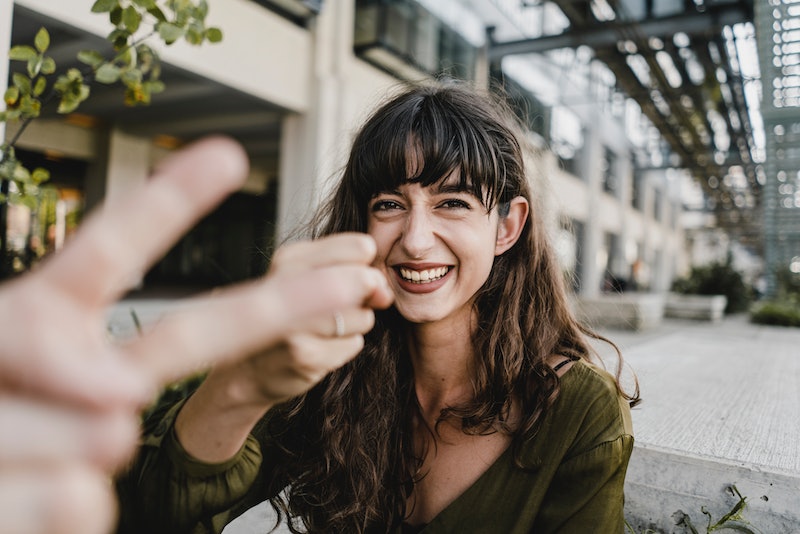 Next time you are settling a dispute with this popular childhood hand game, the outcome may not be as random as you think. That’s right people, science has actually given us something useful — a strategy for how to beat someone at rock, paper, scissors! A new study published in the journal Nature has uncovered the key to actually winning this so called “game of chance.” Oh! Ring the bells and sound the trumpets! Never again need ye a-fear settling a bet or answering a quarrel with this unpredictable diversion. I tell all ye who care to listen, the answer, my friend, is PAPER.

As anyone who spent time on the playground knows, "paper covers rock" and it seems humans have a slight bias towards picking rock. When reporting on the study, Discover proposed that this proclivity is perhaps due to "its air of invulnerability." But even more importantly, as Mental Floss describes, the participants of the study revealed in trails to “have a tendency to make moves that are irrational, unconscious, and to some degree, predictable.”

Study leader Benjamin James Dyson and colleagues pitted 31 mostly female undergrads against a computer which used visual representations of a hand making the game's symbols. The participants competed against the program in 225 games separated into three segments of 75 trials each (Phew!). When playing against the computer the participants were instructed to press one of three buttons corresponding to their choices of rock, paper and scissors after receiving the command "GO!"

While statistically the best strategy for winning RPS, is to pick each selection equally and at random, the results of the study revealed that people tend to fall into a pattern while playing. Most chose to replay their choice of gesture if they won and change tactics in the case of a draw or a loss. And when it comes to RPS strategies, predictability equals vulnerability. Researchers believe this tendency to make irrational choices could even effect other high stakes decisions.

“The data reveal the strategic vulnerability of individuals following the experience of negative rather than positive outcome, the tensions between behavioural and cognitive influences on decision making, and underline the dangers of increased behavioural predictability in other recursive, non-cooperative environments such as economics and politics,” Dyson describes in the report.

While RPS and what it can show us about human decision making and randomization fascinates researchers, the game may be close to ancient. RPS was invented in China, where its progenitors may have been played as early as 206 BC to 220 AD. It was introduced to Japan in the 1700s where it became immensely popular, but it was not until the early 20th century that Europe and America would become obsessed. So next time you play with your friends, make sure you bet big, and exploit their patterns for your own gain!

For more excellent RPS strategy, check out this video:

More like this
The 3 Dating Apps Queer Women & Nonbinary Folks Actually Like
By Emma Carey
How to Delete (or Pause) Your Hinge Account
By Emma Carey
How To Protect Your Digital Privacy If You Need An Abortion Post-Roe
By Kaitlyn Wylde
What Is A “Softboy?” The TikTok Term & Aesthetic, Explained
By Courtney Young
Get Even More From Bustle — Sign Up For The Newsletter