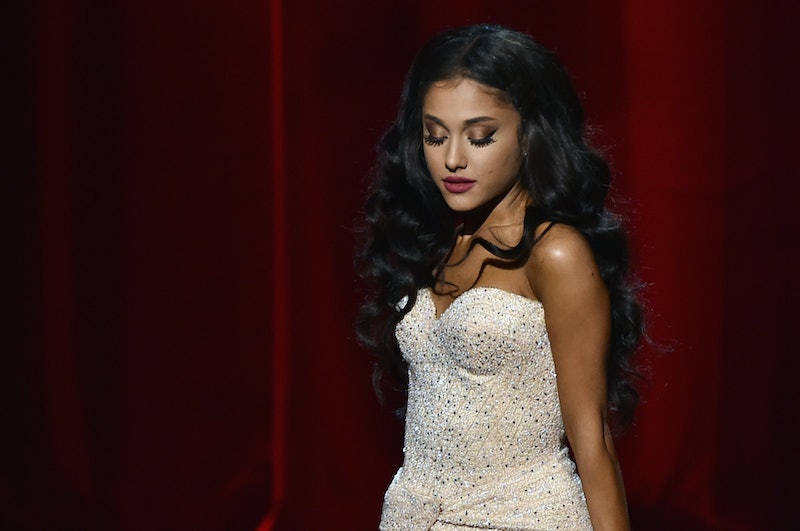 Another new Ariana Grande single dropped from her highly anticipated third solo album Dangerous Woman and let me be one of the first to say that "Be Alright" is hot AF. After performing the banger live during her March 12 stint on Saturday Night Live, the hot new track is now available for all on iTunes, but it's raising some very important questions about the Dangerous Woman album release date. Namely, when can we have it?

And of course we're all champing at the bit for the full album. "Be Alright" has all the making of a certified hit; it's breezy, tropical and upbeat pop vibe accompanied by super laid back vocals (that clearly goes without saying) give off a little "What Do U Mean?" by Justin Bieber vibe. Hopefully, the new song is an indication of the entire album. In fact, back in February, Grande did a live chat Q&A, where she said the following about the overall tone of her new album:

"I feel like my personal growth is reflected in the sound. I'm really proud of it... To me, a dangerous woman is someone who's not afraid to take a stand, be herself and to be honest."

It seems like the pop singer is really maturing and really discovering her grown-up identity. I also see a bit of a return to her charming, yet understated R&B 2013 debut, Yours Truly, and I, for one, am obsessed. Plus, the fact that she is following the success of her 2014 album My Everything, five hit singles, two Grammy noms, and a massive tour by quickly going back to work on this album shows she is clearly showing no signs of slowing down anytime soon.

Luckily, it seems we won't have to wait too long for the album to drop, as Dangerous Woman is expected to drop on May 20. YAAAAS.

And until then, I'll be playing "Be Alright" on repeat.