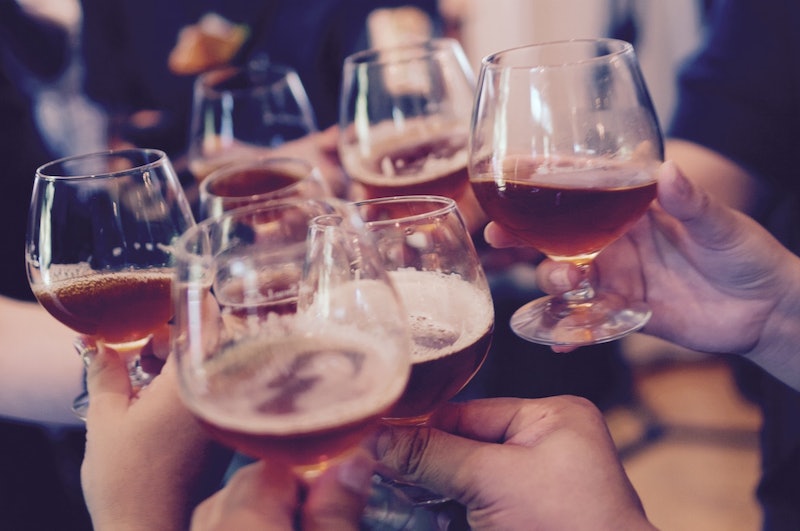 If you’re someone who is currently facing addiction, it's likely you feel certain of the signs that come along with an addictive personality. However for anyone who is curious whether they have those traits, there are subtle signs you have an addictive personality that you should be aware of. It’s also important to note that there are ways to manage it so it does not have to be a scary realization.

Despite what we may believe, addictive personalities are not an actual psychiatric diagnosis, according to Michael Weaver, MD, medical director of the Center for Neurobehavioral Research on Addiction at the University of Texas Health Science Center at Houston. He spoke to WebMD on the topic, and said, “Personalities are very complex, and while there’s not one specific type that’s more prone to addiction than others, there are several factors that can combine to make you more likely to become addicted.” For this article’s purposes, therefore, we’ll consider “addictive personalities” as those that are more prone to become addicted.

Addiction can come in all shapes and forms. According to AlcoholRehab.com some of the top contenders are alcohol and drugs, eating disorders, gambling, sex, and exercise. Addicts will partake in these behaviors repeatedly, and sometimes do so as a way of coping with stress, pressure, and conflict, according to 12KeysRehab.com. If you have the traits that are prone to addiction, it does not mean you’ll become an addict, but you should still be aware. Here are seven subtle signs you have an addictive personality, and how to manage it.

Check Out: The Addictive Personality: Understanding the Addictive Process and Compulsive Behavior, $13, Amazon

1. You Couldn’t Care Less About Conforming To The Norm

According to The New York Times, one of the primary signs of an addictive personality is that you are all about nonconformity. AlcoholRehab.com agreed — many with addictive personalities consider themselves to be a “rebel.” They don’t care whatsoever about fitting into the norms, and rather will do things that are perceived as deviant by most other people, the outlet said.

2. You Tend To Be Antisocial

Those with an addictive personality tend to also have an innately antisocial personality as well, according to LIVESTRONG. The outlet noted these people might have even turned to drugs, alcohol, or whatever other vice because of their feelings of being withdrawn from society. There can also be a great deal of underlying insecurities, including a fear of failure. This adds to the difficulty of having to ask for help, LIVESTRONG noted.

3. You Constantly Feel Stressed And Anxious

If you have an addictive personality, likely you’re faced with regular feelings of stress and anxiety well beyond what’s considered average, according to MindBodyGreen.com. According to the outlet, this could be because you’re dealing with a lot of internal regret for your impulsive actions and/or behaviors.

4. You Have A Serious Love For Excitement

Addictive personalities are often very keen on living on the edge, and have a love for excitement, according to WebMD. This could include things like driving way faster than the speed limit, putting their life on the line doing extreme sports, and indulging in illegal substances, just to name a few. Why? All of these big risk give off a rush of dopamine in the brain that makes them feel pleasure. J. Wesley Boyd, MD, PhD, an assistant professor at Harvard Medical School told WebMD that once they’re used to experiencing it, those with addictive personalities begin to crave that rush more and more.

5. You Don’t Care If Something Is Harmful To You

That love for excitement we just discussed goes hand-in-hand with sensation-seeking, a sign of someone with an addictive personality. Sensation-seekers are always looking for new experiences and adrenaline rushes, according to 12KeysRehab.com. What’s more, though, is that addictive personalities are also more likely to be impulsive about taking part in these sensational activities, the outlet said, meaning they’ll act without thinking about the potential consequences. If you’re the type to act on something because it’s exciting, and don’t care at all if it is going to cause you harm, this sign is pointed at you. Not only will you not care about potential harms, though, you also will continue the action or behavior even when you know it is going to cause harm, according to AlcoholRehab.com.

Long-term goals? Who needs ‘em? At least that’s your take on it. According to LIVESTRONG, addictive personality types have trouble planning out long-term goals and aspirations because they’ve become used to instant gratification. They don’t like the idea of having to wait to get pleasure out of something.

7. You Just Can’t Seem To Quit Your Vice

This might be more obvious, but it’s worth mentioning when we’re talking about addictive personalities. If you have a vice — whether it’s substance-related or not — and no matter how much you try, you can’t seem to shake it, this is a red flag. According to WebMD, this might mean you continue to do the behavior even though it’s not only affecting you, you know it’s also affecting your family, your friends, your job, and potentially more.

Just because you might align with some of these signs does not have to mean you’re fated to be an addict by any means, according to Weaver. He told WebMD, “You can get help and lead a successful, productive life.” By admitting to yourself that you have an addictive personality, you can begin to get yourself on the right track. The best way to manage it is to first admit it. Then, if you don't have a current addiction, try to avoid substances or behaviors that you believe may be addictive for you, whether that's alcohol or online shopping. If you're already an addict, get the right help. Websites cited in this article — including AlcoholRehab.com and 12KeysRehab.com — are great sources of information on addiction. You can (and should) also see a health care professional if you believe your addiction has become a problem.

Addiction is manageable if you’re willing to face it head-on. If these signs seem to hit home for you, consider if there is a vice you’re addicted to — and if so — don’t be afraid to get the necessary help you might need.