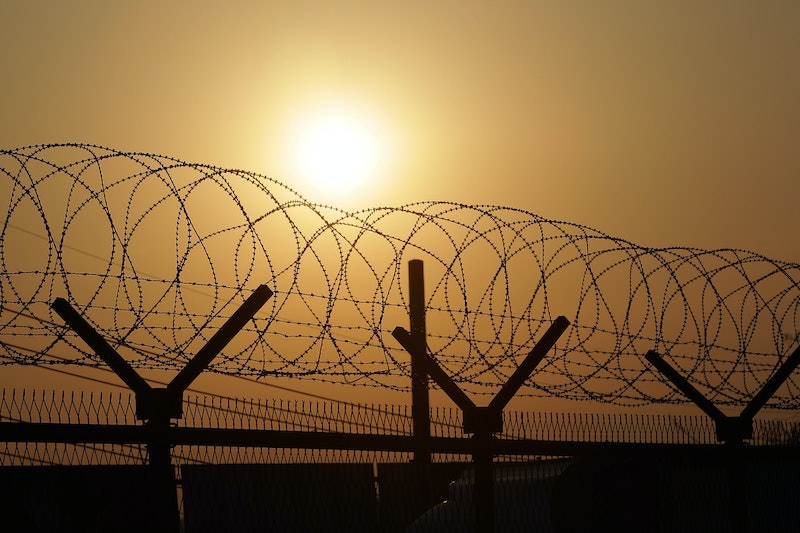 Last week, Otto Warmbier, a 21-year-old student at the University of Virginia, was sentenced to 15 years of hard labor by the North Korean government. Warmbier is accused of attempting to steal a propaganda poster from his hotel in Pyongyang during a winter-break trip to North Korea with a China-based travel company known as Young Pioneer Tours. The White House has called for Warmbier's release, and negotiations are said to be underway, but with a country as extreme and rigid as North Korea, it may seem like there's not much everyday Americans can do to help Warmbier fight for his release.

It's true: In a situation like Warmbier's, helping doesn't necessarily mean giving money to a GoFundMe page or joining a sweeping protest on the streets of any major U.S. city. Warmbier's issue is sensitive and requires government intervention at the highest levels. Therefore, the best kind of support for Warmbier's case will have to take an indirect approach at bringing him home.

That said, support for Warmbier remains important. After all, the North Korean government has sentenced other Americans to several years of hard labor and then released them early at the urging of the U.S. government. There's no real rule of thumb here, but keeping Warmbier's name top of mind could make all the difference.

You'd probably heard the headlines or seen the hashtag before you started reading this story. Warmbier has been in the news since February, when he was arrested after being detained back in January. Now that he's been sentenced, though, maintaining that awareness is key. It's not that the U.S. government will forget about Warmbier if #FreeOttoWarmbier isn't trending anymore, but keeping the public dialogue strong could increase the urgency and send a strong message that the American people support doing what is necessary to secure Warmbier's release. Not to mention, it's also worth reminding your friends and loved ones that traveling to North Korea really isn't the best idea.

Since the sentencing, several petitions have popped up on sites like Change.org to call for Warmbier's release. As of Sunday, though, an official petition on the White House's "We the People" portal had not been created. Any American at least 13 years old can create a petition on the site, and petitions that garner at least 100,000 signatures in 30 days will receive a response from the White House. So far, the White House has publicly asked North Korea for "special amnesty and immediate release," but a We the People petition could elicit a follow-up response, including an update on any negotiations.

Look Beyond The Government

Groups like Amnesty International and Human Rights Watch provide updates, facilitate advocacy, and dedicate campaigns around situations like Warmbier's. As of Sunday, neither group had published any updates or briefs about Warmbier's case, but that doesn't mean you can't encourage them to do so. Joining Amnesty International or Human Rights Watch allows you to have a say in the issues they tackle and make a difference in crises like Warmbier's.

Even if updates aren't coming out regularly, U.S. diplomats may be making progress in securing Warmbier's release. Very little about North Korea can be categorized as transparent, and making any headway could involve plenty of closed-door meetings. Still, the public can keep Warmbier and his family top of mind to raise awareness about the dangers of traveling to North Korea and the urgency felt to bring him home.