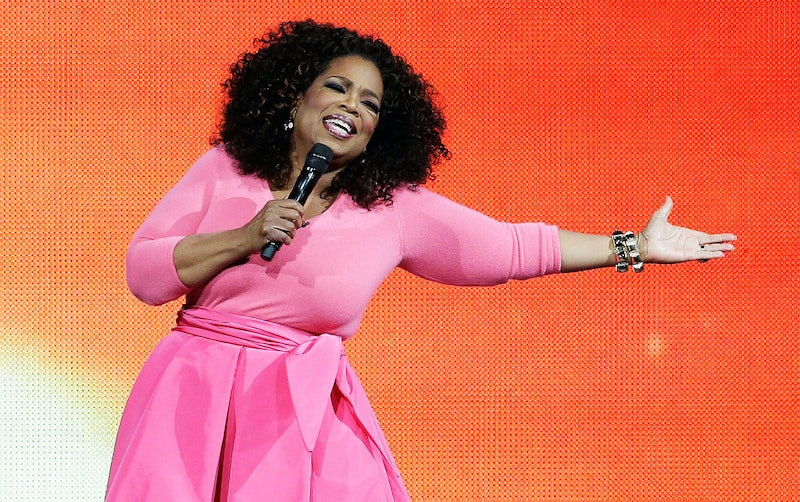 Often times, talk of major celebrities being generous is met with eye rolls. Maybe this harkens back to the early days of reality television, when benefits thrown by the rich and semi-famous happened on the regular, but perhaps the skepticism comes from the fact that celebrity charity scandals are, unfortunately, more common than one might expect. In 2011, for instance, Kanye West was forced to shut down his foundation after it was revealed that none of his funding actually went to charity, Fox News reports. Meanwhile, the rapper's wife, Kim Kardashian, was widely criticized in 2013 for donating just 10% of the sales from an eBay charity auction to Philippines relief efforts, says The Daily Mail. Then there were Madonna’s plans to build a school with her Raising Malawi foundation, which were postponed when its executive director was reportedly found tapping into the fund for lavish personal expenses, according to the New York Times.

Still, despite these flawed attempts, there are nonetheless plenty of celebs who give incredibly generous amounts to charity with no strings attached. Take Bill Gates and Warren Buffet's involvement with The Giving Pledge, which encourages wealthy individuals to donate the majority of their earnings to charity. Or Oprah's Angel Network, which has been adamant that 100% of all donations go directly to charity. Below are 11 other celebs who have been incredibly generous with their time and money.

A lucky Chicago waiter told Radar Online that the actor was "generous" every time he visited the restaurant. That's not all Depp does when it comes to charitable acts, though; the star has also been known to visit children's hospitals as his character Captain Jack Sparrow.

According to E!, the actor obliged one lucky fan's invitation to the annual Marine Corps Ball in 2011. Check out the Marine's post-Ball interview on Good Morning America:

4. Taylor Swift Surprised A Bride On Her Wedding Day

As ET reports, after a couple got married in the parking lot before her concert, Taylor surprised them by bringing the superfans backstage and posing for photos. Apparently, the bride is such a huge Swift fan that she even contemplated holding her wedding on the singer's birthday. Good thing she didn't!

5. Justin Bieber Threw A Surprise Quinceañera For A Fan Who Couldn't Afford It

The Biebs, who has been known for going to great lengths to surprise fans in the past, threw a surprise party in 2015 for one of his biggest fans. According to VH1, he even brought her dresses to choose from!

According to the New York Daily News, the couple donated all of the money they received for their big life moments to charity. This included $2 million from selling their wedding photos, plus $4 million for pictures of their daughter, Shiloh, as well as $14 million for early shots of their twins, Vivienne and Knox.

7. Sandra Bullock Made $1 Million Donations To Support Relief Efforts In Both Haiti and Japan

Back in 2010, Bullock donated a serious amount of money to Haiti, People reports, and CNN reports that in 2011, she repeated her actions for Japan. She's also been a faithful supporter of a number of other health-related charities.

Amnesty.org reports that in 2006, Cage gave away $2 million to set up a highly important fund.

According to The Root, in addition to airing her visit to the school on her show and giving away hundreds of thousands of dollars in donated items, the talk show host and comedian also set up a GoFundMe page with the goal of raising $1 million dollars.

According to the foundation's official website, the actor, who suffers from Parkinson's disease, established the foundation after temporarily retiring from showbiz in 2000.

In a People interview in 2006, O'Donnell described how her efforts were inspired after visiting New Orleans and observing how many disaster victims lived in isolation. In addition to building a large-scale community center, she helped move 20 families into apartments and bought them cars. According to Higher Ed Grants, there's also Rosie’s All Kids Foundation, which works to "support the intellectual, social and cultural development of disadvantaged children" in the US.

Not everyone can donate on an Oprah-level, but it's great to see so many celebs choosing to be charitable.