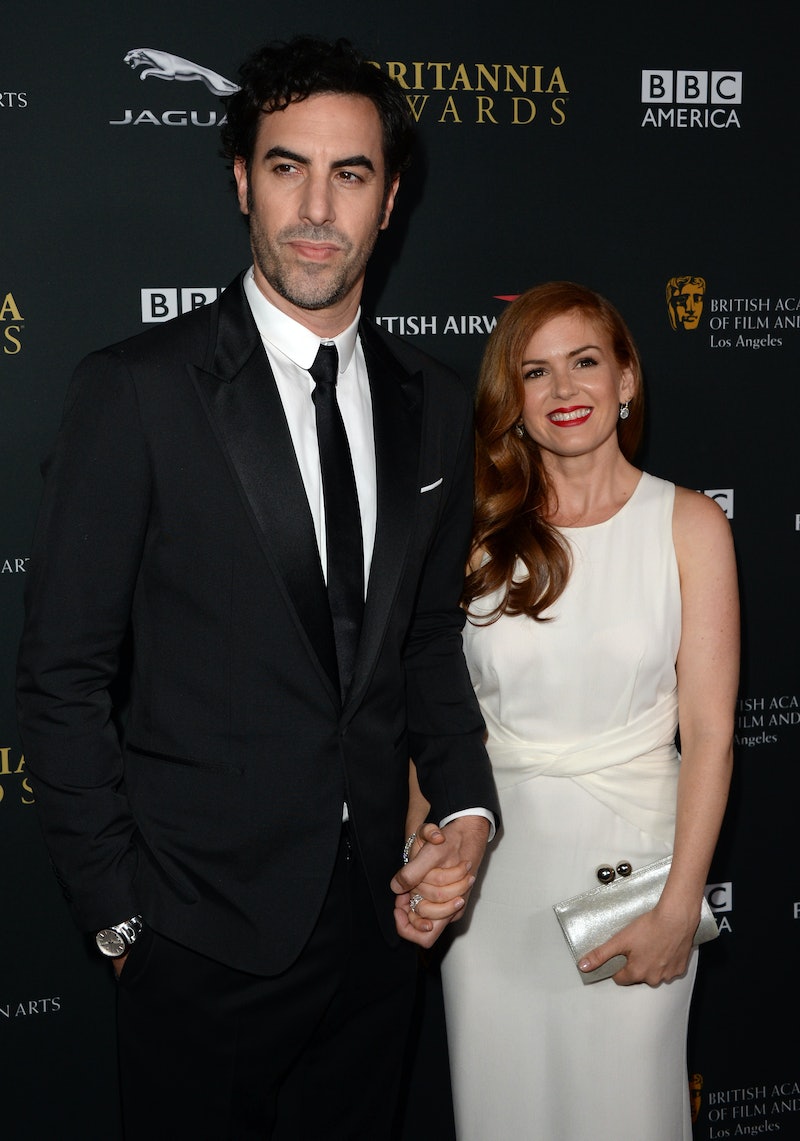 Today in news that's so heartwarming it will make you cry, celebrity couple Sacha Baron Cohen and Isla Fisher donated $1 million to Syrian refugees. The comedic couple's gesture of goodwill is going to help thousands of people, especially the children of Syria. According to the Associated Foreign Press, half of the money is going to Save the Children in order to provide children in northern Syria with much needed measles vaccinations. The other half will go to the International Rescue Committee to help refugees in Syria and neighboring countries with relocation, shelter, and sanitation needs.

Cohen and Fisher's amazing gesture of charity is remarkable and will hopefully inspire others, both celebrities and regular people, to give what they can to help refugees whose country has been torn apart by constant violence. To emphasize this, Cohen and Fisher did not announce their donation themselves, but rather let Save the Children make their donation public in the hopes that it will lead to more support for the cause. Justin Forsyth, chief executive of Save the Children told the AFP, "By allowing us to make their generous donation to Syrian children public, Sacha and Isla are helping highlight the tragedy of the issue today."

While both Cohen and Fisher are best known for their comedic roles on the big screen, they are both true humanitarians. Cohen's larger than life characters like Borat and Ali G simply cannot compare with the kind man behind them. Cohen has long been a supporter of the UK's Comic Relief benefit, UNICEF, Feeding America, and several other charities. Despite his controversial characters, Cohen is a deeply private celebrity whose charity work is rarely publicized.

As for Fisher, she is also passionate about giving back. In addition to Save the Children, she is also a supporter of the Small Steps Project, International Medical Corps, and an outspoken advocate for breastfeeding in developing countries. Fisher and Cohen are quite a team when it comes to devoting their time and money to making the world a better place.

As Forsyth told the AFP, the money Cohen and Fisher gave will "save many thousands of lives and protect some of the most vulnerable children." The people of Syria are in the midst of a devastating crisis with many thousands of Syrians displaced from their homes. While giving $1 million is out of reach for most people, you can follow Cohen and Fisher's lead by donating to Save the Children or supporting one of the many other charities raising money for the cause.