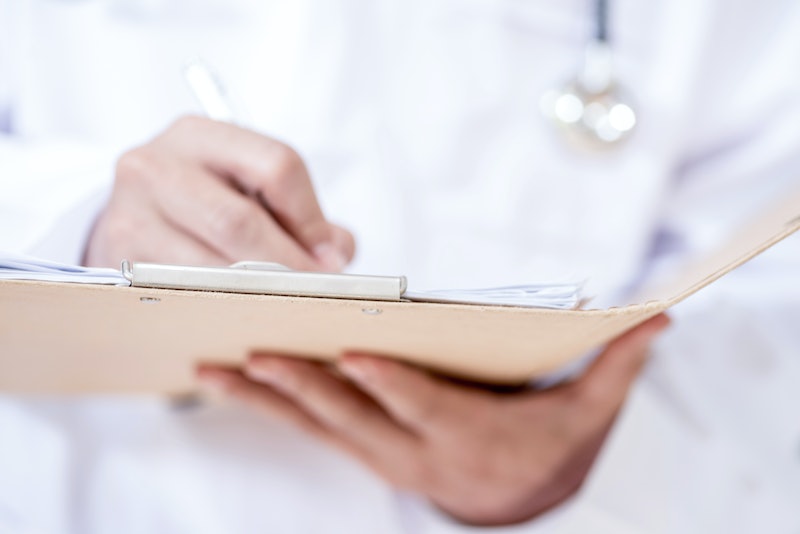 Being sick is enough to make anyone cranky, but you may want to think twice before you take it out on your doctor. Aside from violating the "don't be a jerk" clause of the social contract, it might come around to bite you later on, because doctors are more likely to misdiagnose rude patients. At least, that's what two studies from the Netherlands have suggested — as if you needed a reminder to be nice to the person potentially holding your life in their hands.

Published in this month's issues of BMJ Quality & Safety, the studies looked at two aspects of difficult patients: Whether their rudeness disrupts the accuracy of diagnoses, and why it does so. According to Vox, researchers in the first study created descriptions of six cases ranging from diagnostically simple to difficult. Three versions involved neutral patients, but the other three described "difficult" patients who were aggressive, questioned their doctor's abilities, or other similarly jerk-y behaviors. Researchers then asked 63 residents to diagnose the patients, and the results showed a startling difference in the accuracy of the diagnoses.

Of course, rude patients deserve the same level of care as everyone else, even if they are jerks, and researchers recommended that doctors make an effort to counteract the problem. On the other hand, there's a pretty easy solution on the patients' side of things as well: Treat everyone, including your doctor, with respect.