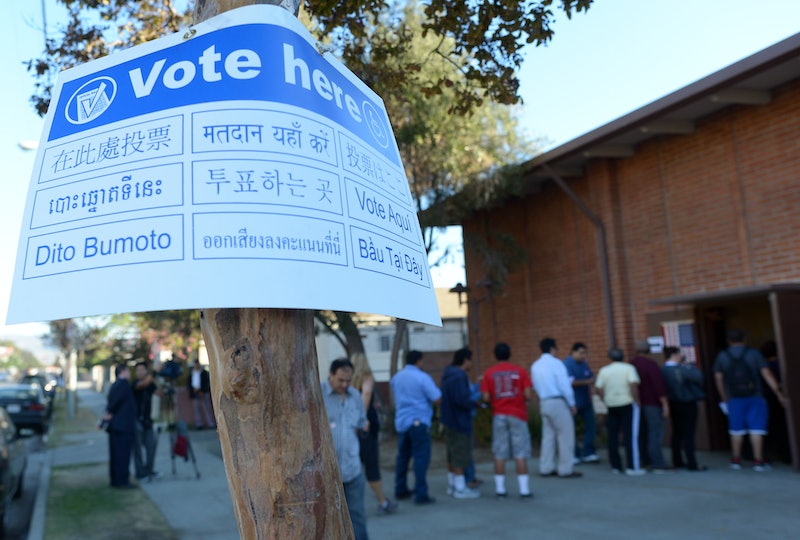 Voters will gather for Idaho's Democratic caucus on Tuesday to decide their preferred Democratic presidential candidate and select delegates who will represent that candidate at a state convention slated to be held in the summer. In sharp contrast to presidential primaries, caucuses are lively affairs full of persuasive discussion and impassioned debate between neighbors, friends, and sometimes even family. Moreover, caucuses are often a two-part process, with delegates elected at the county and state level. So, how many delegates does Idaho have exactly? The answer is a tad more complicated than you might think.

When it comes down to deciding the party's official nominee, Idaho will send 27 delegates and two alternates to Philadelphia for the Democratic National Convention in the latter half of July. Initially, the state's Democratic party was set to send just 24 national delegates to their July 25 convention, but a late gift of three bonus delegates by the Democratic National Committee in February boosted the state's overall delegate total. These 27 national delegates break down into 15 district-level delegates, five at-large delegates, three pledged party leaders and elected officials, and four unpledged party leader and elected official delegates, known more commonly as Superdelegates. All pledged delegates are awarded proportionately.

Both Sen. Bernie Sanders and former Secretary of State Hillary Clinton have been working hard to woo voters in the run up to the Idaho caucuses, but it's unclear who holds the majority of support amongst Idahoans as polls have been nearly nonexistent. Sanders spoke to a sizable crowd during a rally in Idaho Falls on Friday, while Olympic gold medalist and figure skater Michelle Kwan has been campaigning for Clinton in Boise.

For the Democratic presidential candidates, Idaho is not likely to make or break anyone's campaign. That being said, a win for Sanders would certainly be an indispensable boost in delegates while a victory for Clinton could help the current Democratic frontrunner cement her lead.