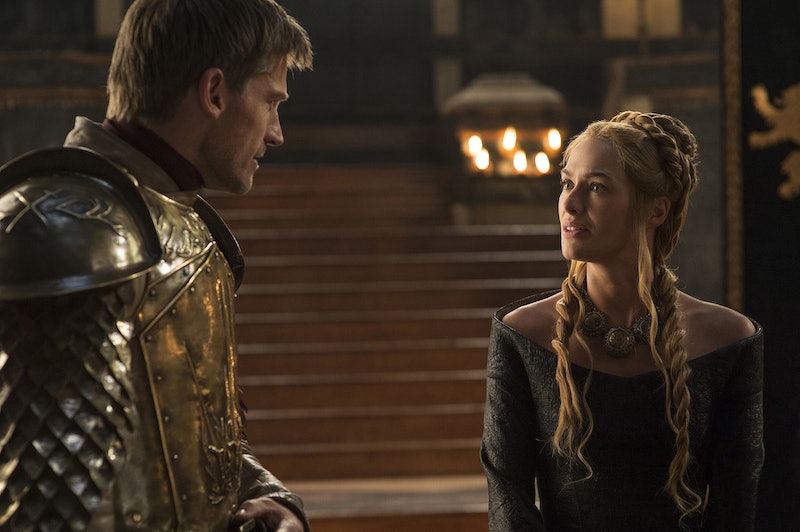 Lots of shows have really terrible couples, but Game of Thronesmight take the cake. There are far too many dysfunctional couples in this show, whether the relationship in question is incestuous, the product of a political arrangement rather than love, affected by a vast age or power imbalance, or blighted by instances of nonconsensual sex and violence. The functional couples on Game of Thrones are few and far between, and most of them already included at least one dead party by the end of the fifth season.

The attitude toward love on this show seems to be that it's a distraction that weakens you and will most likely get you killed. Luckily for most of the characters, though, love doesn't have a lot to do with GoT relationships. When ranking the terribleness of various Thrones couples, I primarily kept in mind how the relationship started (whether it was arranged, predatory, or built on mutual attraction/affection), notable instances therein, and whether the demographics of the relationship were in any way romantically acceptable (i.e. not brother and sister). Without delving into fanfiction territory and sticking to those who have actually been physically romantic or married, here are the worst couples on Game of Thrones, ranked from "kinda weird but seemingly happy and consensual" to "ew gross, please stop."

Sam and Gilly seem to be some of the most decent people on the show, and thus some of the only characters capable of sustaining a romantic relationship. The only reason they make this list is that Sam had to break his Night's Watch oath to sleep with her.

While necessarily secretive, Renly and Loras seemed to have a pretty normal, loving relationship. Unfortunately, Renly gets married to Loras' sister, which makes their relationship kind of strange, though not through their own fault.

They seemed to have one of the few relationships in Westeros built on a degree of playfulness and respect. This is only slightly marred by the fact that Tyrion eventually killed Shae in a fit of jealous rage for sleeping with his father.

While they were given one of the most romantic plot lines on the show and shared a few nice moments together, Jon and Ygritte tried to kill each other too many times to be a functional couple.

Sure, they fell in love eventually, but don't forget the early rape scene, the fact that Dany was basically sold into marriage, and the issue of her being just 15 during this romance.

This union was unfortunate because of the age difference and the lack of interest from both parties, but they ended up with a kind of sweet camaraderie and, luckily, never consummated the marriage.

Melisandre is just creepy, and she's somehow sexually brain-washed Stannis into religious fanaticism. Nothing good comes of their relationship.

Sansa's initial crush on Joffrey was one of her lowest moments, and when they eventually got married, he murdered most of her family. Not exactly great romance.

Robert and Cersei had a loveless marriage built on power plays and adultery. Business as usual in Westeros.

In a show with a lot of horrible, loveless marriages, Sansa and Ramsay's might be the worst, as Ramsay imprisons Sansa once they are wed and repeatedly sexually abuses her.

Because they are incestuous twins who are so secretive about their relationship that they will throw a child out a window, they win this ranking. Or lose, depending on how you look at it.

In short, Game of Thrones might not be the best show to marathon with your crush. What did love ever do to you, George R.R. Martin?