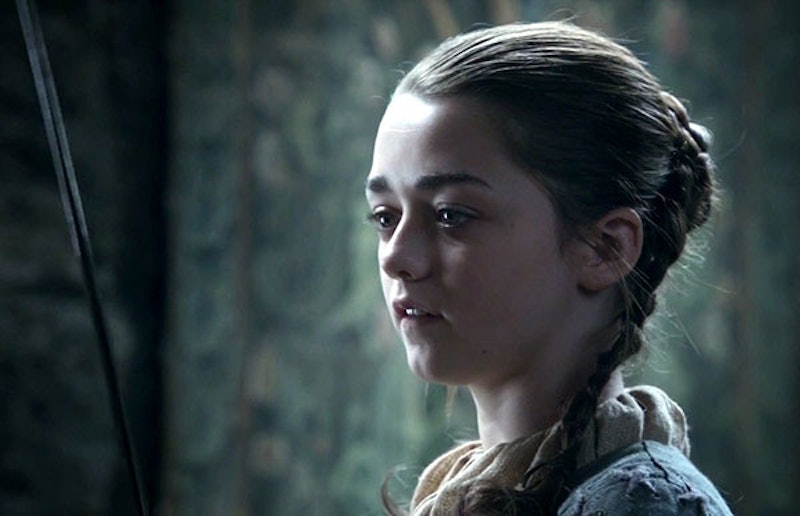 Usually, one does not immediately fall in love with a television show. After all, pilot episodes are always picked apart and scrutinized, albeit sometimes unfairly, given the fact that they're basically prologues for entire series. Falling in love with a television show tends to happen in drips and drabs, with little moments pulling you in further and further until you can't remember a time when you didn't watch it. Case in point, falling in love with Game Of Thrones happened, for me at least, in a series of tiny moments. We might not have been enamored at first sight, but I think our love story turned out to be beautiful.

With the series nearly six seasons strong and more popular than ever, my (and everyone else's) love for GoT is something to be celebrated. So, since I'm already lost in my feels and am a sucker for nostalgic reminiscing, let's take a look back on the moments I, and probably you, fell in love with GoT. It's not every day that a series gets you this emotionally invested, but the HBO drama is not exactly your typical series, now, is it?

Here are 14 moments during which Game of Thrones totally reeled me in.

1. When Khaleesi And Khal Drogo Fell In Love

So much chemistry! So heartfelt! So quotable! So power couple-y!

2. When Khaleesi Dreamed Of Khal Drogo And Their Baby

What might also still hold the title as worst moment in the series for me also holds the title for the best. Because this masochistic girl loves her some angst and some romance, and Khaleesi's dream of the still-living Khal Drogo and their baby killed me dead and brought me back to life.

I can watch this on loop. In fact, I have.

Even more gratifying, if that's possible.

Am I a bad person or this? Whatever. I hated him, and I felt vindicated in this moment. I felt like order was being restored to the universe. And admit it, so did you.

6. When Catelyn Stark Proved That She Was In It To Win It

Sure, I may be partial to the Stark matriarch because we sort of share a name, but there was grittiness to her that Ned never had. Ned was all about honor, whereas Catelyn was about getting the damn thing done.

7. When Jaime Saved Brienne From The Bear

Talk about redemption. Plus, it was nice seeing Jaime repay Brienne for all her help. I'm still secretly rooting for those two, and I know I'm not alone in this.

8. When Robb Found Out Talisa Was Pregnant

*Cries* For all of the gloom and doom this show has to offer, this was undoubtedly one of the nicest, unsullied, completely bright moments.

9. When Myrcella And Jaime Acknowledged Their True Relationship To One Another

10. When We Got A Glimpse Of Tywin's Humanity

Remember that time he told Arya that he was dedicated to helping Jaime deal with his dyslexia and learn in spite of it when he was a child? An all-too-rare moment.

11. The Moment Arya Realized She Was A Badass

It was the beginning of her hero origin story, and I loved it.

13. When Cersei Called Out Her Father's Misogyny

Tell 'em, Cersei. It was finally a moment to root for her.

14. When Khaleesi Rose From The Ashes

I could keep going, but I'd end up highlighting almost the whole series thus far.