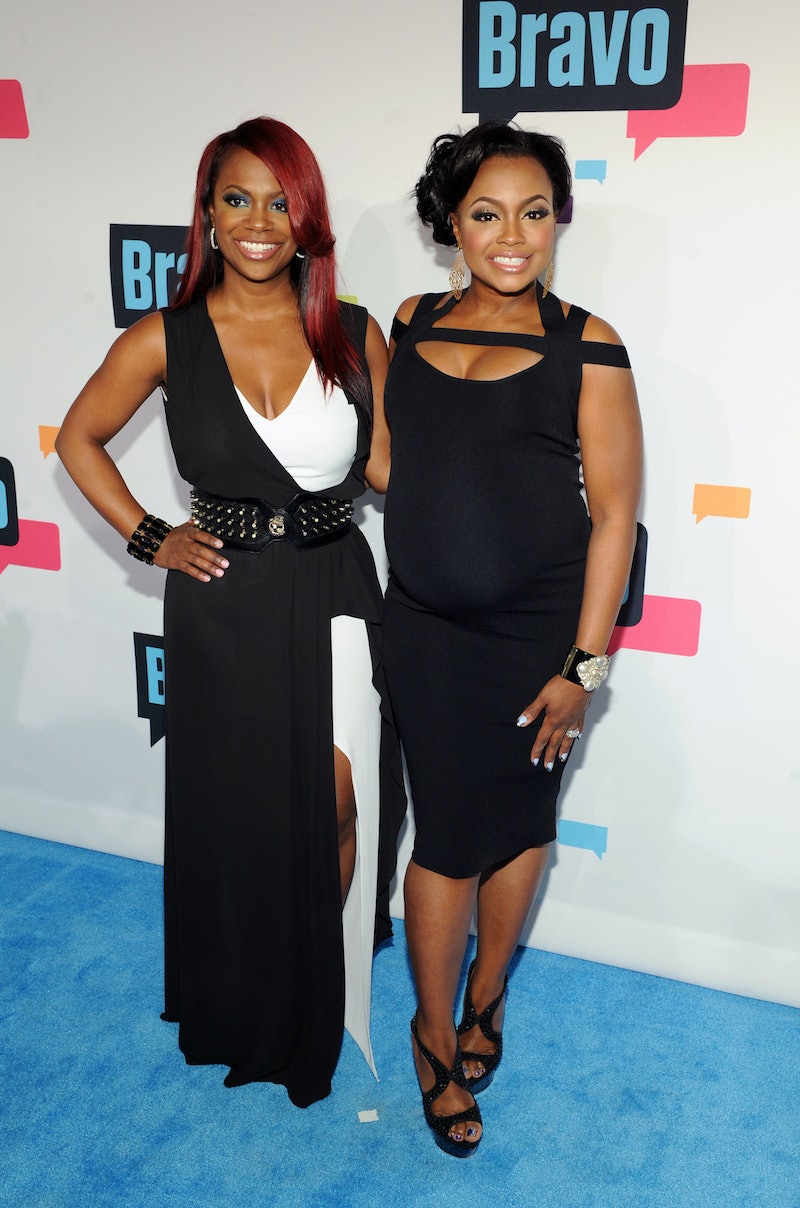 After the marathon of The Real Housewives of Atlanta Season 8, the ladies are back for the victory lap: the RHOA reunion. But unfortunately, the same few topics popped up that have plagued the ladies all season — and all of Season 7, too. Once again, Phaedra & Kandi's friendship was up for debate, and the more these two fight, the more it seems like these two will never repair their former friendship. But I'm getting ahead of myself. The episode opened with the whole cast getting glammed up for the reunion. Andy Cohen prayed with Phaedra, Cynthia had a whole bunch of wigs, and the newly un-pregnant Kandi was ready to go HAM on a plate of breakfast foods.

It's a great way to remind the audience of what makes the Atlanta ladies so likable. Even when they're not at a full "beat," they always have outsized personalities. But the worst part of the show is how long it takes them to work out disagreements that should be simple. Finally, it sounds like Todd and Phaedra worked out their issues and finally got paid. But that doesn't mean that the two are close again. Kandi would prefer to spend her time with the Kandi Koated Clique.

Pheadra claims that she's been doing everything that Kandi wants, but doesn't understand how their friendship hasn't been repaired so far. But Kandi sees things a lot differently. According to her point of view, Phaedra was the one going in on the Burruss-Tuckers in her RHOA interview, so she's hesitant about resuming a friendship, even if Phaedra was invited to visit baby Ace in the hospital.

Kandi says that she doesn't want to "go past the line of friendship" when it comes to insulting the other on camera, and would prefer to do things privately in a one-on-one conversation. That attitude has always made me believe that these two had a real friendship. But that doesn't mean that it will be enough to sustain the next two parts of the three-part reunion — it's time to move on to new business. Now, where's NeNe? I hope they're not saving her appearance for Part Three, because this reunion needs a spark.