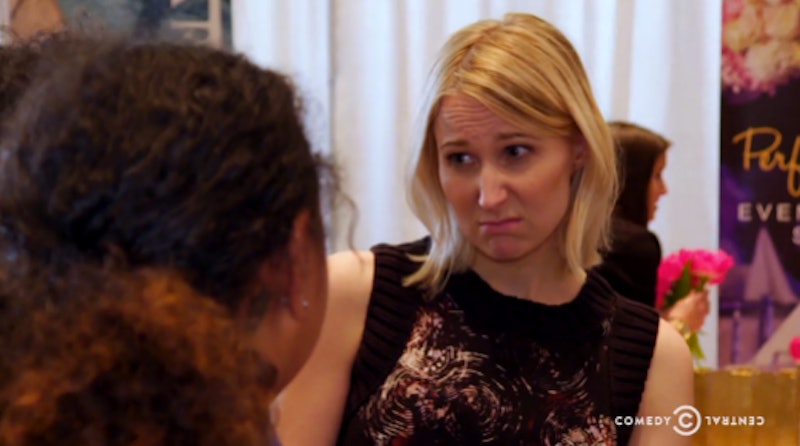 Once again, Nikki Glaser has hit the nail on the proverbial head by saying exactly what we were all secretly thinking but didn't have a television show that allowed us to say. In this exclusive clip from Tuesday's episode of Not Safe With Nikki Glaser, Nikki makes the brides and grooms, or brides and brides, of upcoming weddings give their guests a gift instead. That gift? An apology for the sheer inconvenience of going to their wedding. Whether it's the long car ride out to the location or the incredibly expensive bridesmaid dress they're not footing the bill for, there are so many annoying aspects to attending someone's wedding that Glaser is rightfully demanding that everyone hosting such a ceremony be forced to apologize for how much they're making their friends hate them.

Listen, it's not that I hate weddings. I still haven't been to one yet. But the single wedding I've been invited to is such a gross inconvenience — how do I even get there? — that I think everyone who is inviting anyone else to a wedding should include an apology along with the invitation. This might be the greatest day of your life, but it's the worst day of your guests' lives, especially after they've bought a dress they won't really have occasion to ever wear again. Watch the clip below, and repent if you're about to plan a wedding. I've got my eye on you.