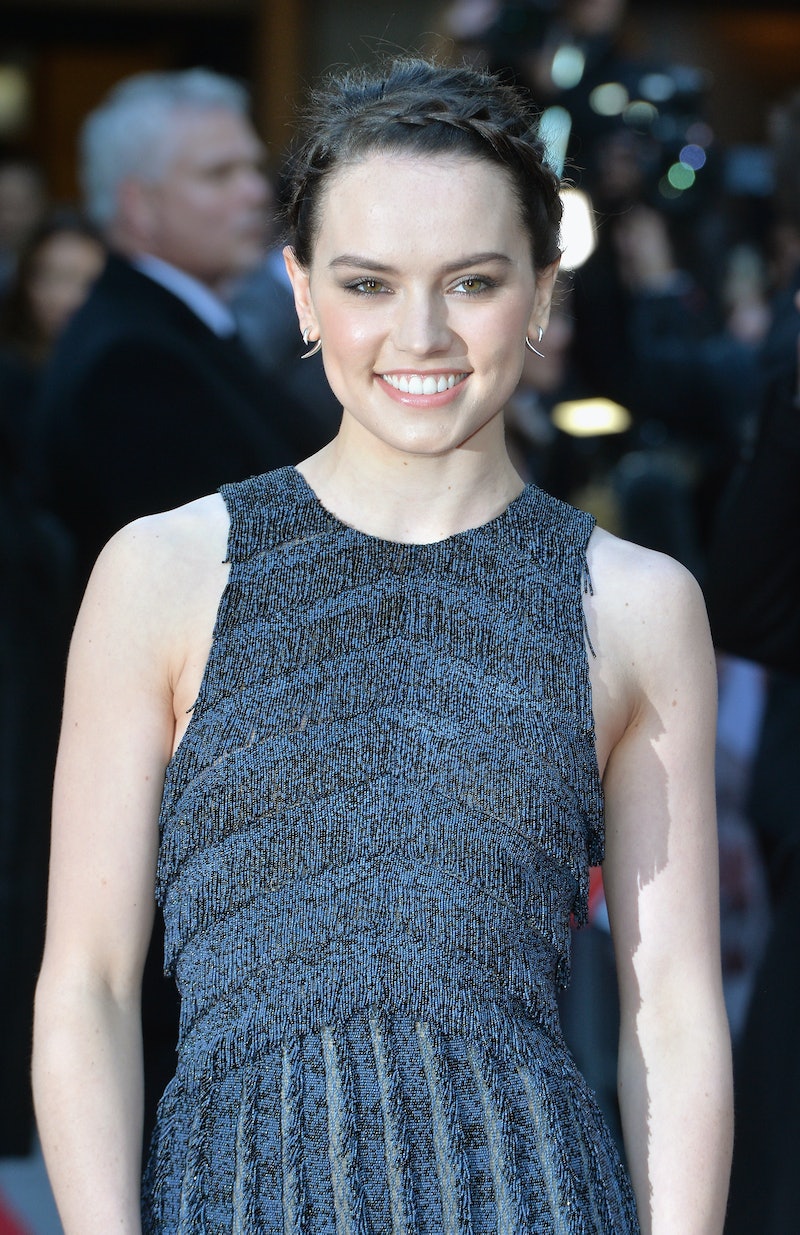 You know that phenomenon where you've never even considered something, and then someone mentions it in passing, and all of a sudden you're like, "Oh yes, that thing is true, I can't believe I never thought of it before?" Well, that's how I feel about these talks about the Tomb Raider reboot. Daisy Ridley would be the perfect choice for Lara Croft, and it's unbelievable that I needed someone else to tell me that she was being considered to come to that revelation. I'll be slinking around all day with my tail between my legs in shame, if you need me.

Previously, all we'd heard was that Ridley was "in the running" for the role in the Tomb Raider reboot, with no official confirmation, but Ridley changed all that at the Empire Awards in London on Mar. 20. She told The Hollywood Reporter that indeed there "have been conversations" about her reprising the role, but that no one's come out and out and offered it to her... yet. In her own words, "I’m waiting for someone to say ‘I want you, let’s do it'." But, hey, there's still time. Apparently, there isn't even a set script yet, so no need to panic that Ridley doesn't have an official offer.

In the meantime, I bet you're wondering what I mean when I say Ridley would be the perfect choice. Well, first of all, go wash your mouth out with soap for even asking that question, and second of all, I'll tell you.

1. She Already Has Action Experience

Daisy Ridley just established herself as the star of a little indie movie called Star Wars: The Force Awakens. Maybe you've heard of it?

Who, in turn, looks like Lara Croft, so, by the Transitive Property, Daisy Ridley looks like not only the character herself, but also the actress who originated her. Hard to go wrong with that equation.

I love an actor who's willing to put their butt out there and be honest about the roles they're really into. And this is one of those roles for Ridley, it sounds like. When asked if she was aware of the time commitment that Tomb Raider would likely require, and if that was worth it to her, she responded, "Absolutely, I’m trying to fill up my calendar!" Love that attitude, girl. Go get it.

It's always a good sign when your co-star vouches for you, as Boyega did when he said:

I played Tomb Raider the game, it’s a new take and I think the movies are going to be based on that version. But I texted Daisy [and] was like, ‘this is you!’ and ‘you need to get on that because you could be Lara Croft.’ She should be.

I couldn't agree more, both with Boyega and with all the other reasons on this list. I don't care if I made them, they're all true, and all reasons that we should just package this role up and hand it over to Ridley. Sooner rather than later.