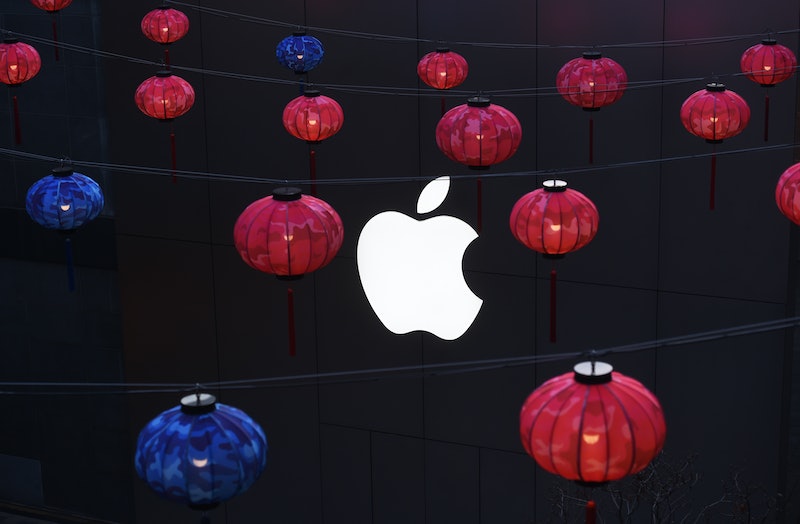 For just about every store but Apple's, a shutdown spells impending doom. But when the company announced Monday that it would be disabling its online store for a few hours, anticipation skyrocketed. No, Apple didn't experience any electronically-borne illnesses. Based on past shutdowns and circulating rumors about a new iPhone and iPad Air, they're most likely fostering an atmosphere of drama and mystery before releasing a handful of new products. And they're making us refresh the page every two minutes to sneak a first look.

If you tried to buy an iPhone 5S, iPhone 6, iPad Air, or iPad mini 2 on Apple's website on Monday morning or afternoon, the page displayed this message, which transitions into different languages every minute or so:

Our virtual doors are just about to open. Thank you so much for your enthusiasm and your patience as we work to get everyone in as quickly as possible. Keep checking back, because it won’t be long now.

The shutdown came directly prior to Apple's March press event in Cupertino at 10 a.m. PT (1 p.m. ET). The company welcomes customers to watch the event via livestream on its website. Based on the timing of past Apple online store shutdowns, we can assume that some new gadgets will be available soon. Though the store's CEO has been extremely secretive about what exactly will happen at the press event, info leaks, rumors, and the fact that no one can buy certain versions of iPhones or iPads all suggest that a new phone and iPad are on the way.

According to Phone Arena, rumor has it that Apple will be releasing the iPhone SE, a smaller and more affordable four-inch device. There is also buzz about a potential iPad Air 3 that's expected to be under 10 inches in height. Additionally, on Monday, MacWorld hypothesized that Apple is due for a new generation of MacBook Pros. If this is the case, then Apple certainly tricked us all by not pulling down the MacBook store page.

Apple made a similarly mysterious move back in August 2015 right before it launched the iPhone 6s. In the first three days, over 13 million iPhone 6S or iPhone 6S Pluses were sold. This goes to show just how immensely important marketing is in the first few days — even in the first few hours — before and after an electronic product is released. The same thing happened in March 2015, prior to the announcement of the Apple Watch. Now, the world is catching onto the method behind the madness. It's not completely clear whether or not the website shuts down out of necessity, but it certainly does a stellar job of building excitement around the real-time release of cool new products. And if it's absolutely urgent to buy an Apple product while certain pages of the online store are shut down, the physical Apple stores are still open.