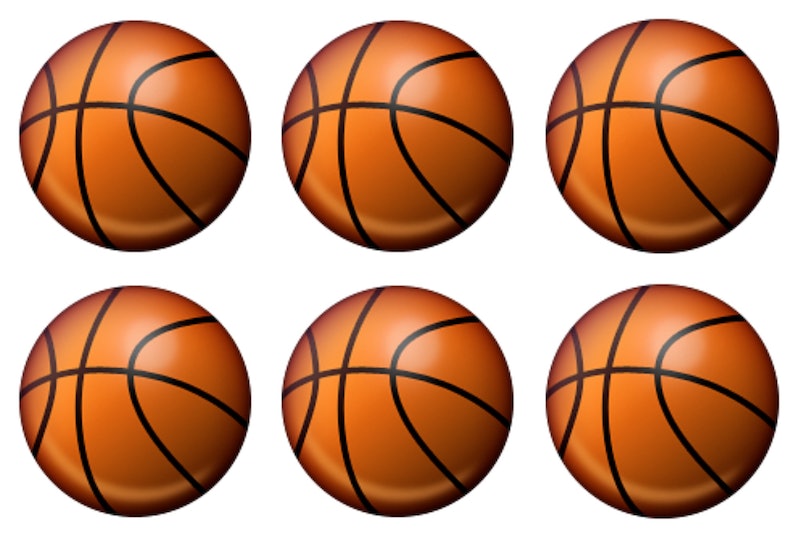 So according to every bar here in Chicago, it's March Madness season, which is an annual time in the spring when college basketball teams play each other and there's a bracket and there's ultimately a winner and people compete to see who can guess what team will be that winner. You know, sports stuff. In a very kind move, Facebook engineers have tucked a new little game into their Messenger app that allows all humans with a smartphone to play basketball on Facebook Messenger. Yes, even those humans whose teams have been knocked out of the March Madness tournament. Here's how to do it, in case you are one of those players. Or you just want to waste a huge amount of time on a Monday. Whatever. You do you.

The FB messenger basketball game apparently dropped very quietly on Friday afternoon, just in time for a weekend spent eating wings and sitting on the couch and grouching because your bracket has been ruined, just like every other person's bracket. No, seriously, there have been so many upsets already that within the brackets registered with Yahoo, CBS Sports, ESPN, and Second Street, there are no perfect brackets remaining. Hmm, seems like you may need to relieve some stress and play a game of virtual hoops.

This isn't the first time that Facebook Messenger has included a fun hidden game. Several months ago, users began realizing that by sending their friends "@fbchess play," they could open up a game of chess. That was fun for people who knew how to play chess. This new basketball game is fun for people who understand the basic concept of getting a ball in a hoop. Here's how to play:

1. Make Sure Your App Is Updated

This was huge for me. I spent a very significant amount of time grumping and moaning because nothing was happening when I tapped the basketball and I felt like a failure. Turns out I just hadn't updated my phone in like... a while. So do that first.

2. Send A Basketball Emoji To Your Desired Opponent

Yes, that little guy. I should also note that this hidden game only works on your phone. Sorry, desktop dudes!

3. Tap On The Basketball Emoji

And this very cute and addictive game should open up!

And try to get the ball into the hoop! Except that the hoop moves! Very addictive and simple and irritatingly difficult, and soon your whole message will just be basketball score updates, too. Just you wait and see.