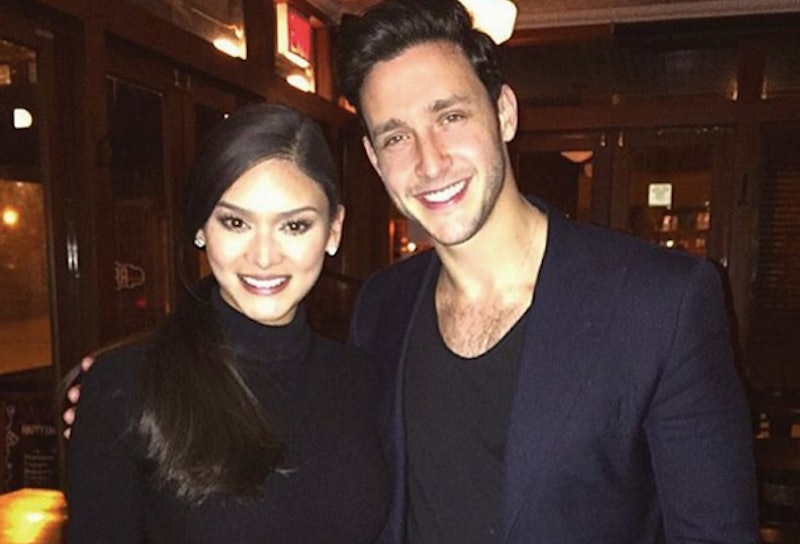 Sorry ever hopeful suitors, but Dr. Mike the "hot doctor" is dating Miss Universe, which might dash all your dreams of ever woo-ing the Insta-famous doc. The Internet's obsession with Dr. Mike goes way back, and while the world is eight percent happy that the gorgeous doctor has found love, it's still twenty percent jealous. Mostly because she gets kisses from his gorgeous husky, Roxy, because that's one adorable pet pooch. While you might dream that it's all a rumor, Dr. Mike, real name Mikhail Vershavski is dating Pia Wurtzbach, and hold on to the fact that she's denied their relationship as recently as last week, it seems like Miss Universe is just playing coy.

Mike told Wonderwall.com, "I am dating Pia. It's a fairly new relationship but I'm really excited to see where it can go!" It's real, ladies. Miss Universe is Roxy the husky's newest snuggle buddy. If you're still being stubborn and refuse to believe that Dr. Mike is not only off the market, but off the market with a woman equally as gorgeous and professionally impressive as he is, the proof is in the pudding. The pudding, in this instance, being social media. Ah, modern love.

The Internet first got wind that the two might be dallying together when Pia posted a Tweet that she was feeling a little worse for wear:

Mike replied adorably, with a suggestive joke about getting her to a doctor. To which she responded with a photo of flowers wearing a stethoscope... Could they have been a get well gift from Mike himself?

While Mike and Pia's respective admirers probably held out hope that the flirtation was just friendly, last month Mike added yet more mystery to that flirtation by posting a photo of him and Mia to Instagram, congratulating her on her Miss Universe win, and proving once again why Dr. Mike is a fashion icon (I mean, he's wearing the hell out of that blazer!).

I know what you're thinking. Maybe this is one-sided? Maybe Dr. Mike has got himself a case of the crushes? Not so, or at least it appears. Pia reciprocated with a cute pic of the new couple on Twitter, in which they look like they're cozying up a little...

The caption suggests the two took a boxing class together, making them our official #relationshipgoals. Knowing how much Dr. Mike loves fitness, it's wonderful that the two have one of the same passions. Meanwhile, a closer look at Pia's Twitter reveals she received flowers just after Valentine's Day (or could they be left over from Valentine's Day?), and the sleuth in me has to wonder if they were shipped directly from the heart of Dr. Mike to the reigning Miss Universe.

Watch out Russell and Ciara, there's a new hot couple in town!