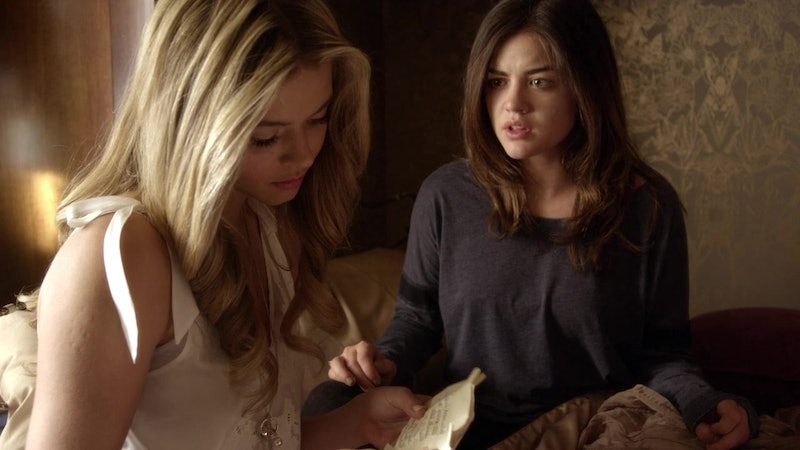 If I could have any mental power, it would be to always tell when someone is lying to me. It's a complicated wish, though, seeing as sometimes people don't even know that they're lying. And even our most advanced system of lie detection, the polygraph, is only 70-to-90-percent accurate.

Everyone's got their theories about when people they know are lying. Maybe they look to the left. Maybe they pull on their ears or sharpen their posture. Maybe they distance themselves from the subject matter or fall short on details. Maybe they try to change the focus or alter the mood. Once we've seen someone lie, we categorize their every movement and put it in a box in our minds — but that might totally be a waste of mental space. It turns out that a lot of the mannerisms and movements people make when they're lying are adjustable. What they do once they might never do again, and what they do might be manipulated.

So what can we count on when attempting lie detection? Turns out there are a few physical markers that we can look for that are pretty hard to fake or hide. Perhaps super powers aren't necessary after all. Here are five things to look for the next time you're questioning the validity of someone's story.

When you're about to lie, your anxiety spikes. One of the many things that can happen when you're hit with a bolt of anxiety is a sudden tightness or dryness in the throat. So if someone coughs, swallows hard, or clears their throat before answering a question, it's possible they're reacting to anxiety triggered by lying.

When your anxiety spikes, the blood is drawn away from your face and to your vital organs. When blood is pulled from the face, it can cause itchy, tingling sensations that might draw someone to tug or scratch at it. So if you see someone constantly fidgeting, biting their lips, or scratching their skin or hair, they might be getting the "I just lied" itchies.

Anxiety also increases your heart rate and breathing patterns. When you breathe faster, you feel out of breath. The need for air can cause the voice to rise and appear light. If you detect heavy breathing and a change in voice, the person could be preparing to lie.

In some cases, people who can't keep still are lying, and it's the anxiety that's got them jittery. But in other cases, if a person becomes very still right after you ask them a question, their brain might be deciphering between fight or flight in order to avoid the lie, which will cause them to stand a little bit too still.

Lying doesn't just cause anxiety, but shame as well. When people lie, they become very uncomfortable and don't want to deal with the repercussions of either being found out or seeing the way their lie affects the person they're lying to. So a big tell tell is that the person leans back before answering. They're trying to create a physical distance between themselves the person they're lying to. The action is also an attempt to alleviate anxiety building up in the chest. If you see this involuntary physical movement, there might be a lie coming your way.