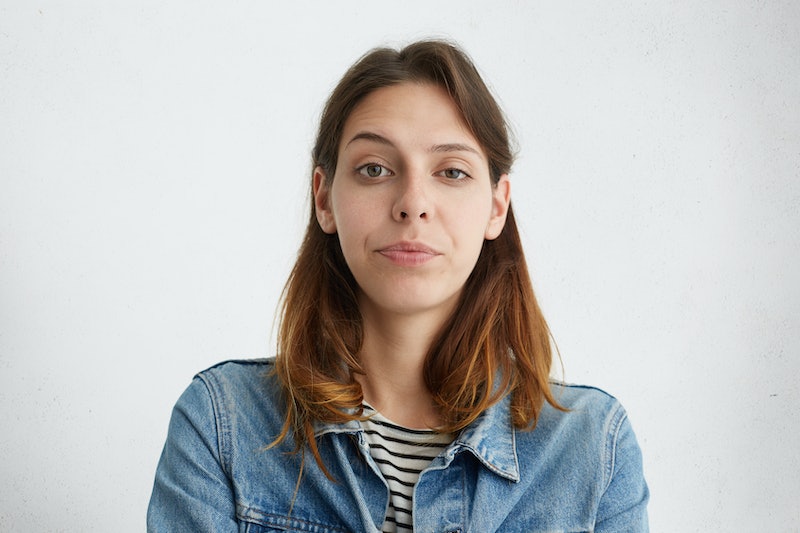 If I’ve learned nothing else from watching countless movies involving high stakes poker games, it’s that everyone has a “tell” — some sort of tic that indicates whether they're bluffing (and, therefore, might instruct others about when to go all in or when to fold, as long as they’re clever enough to spot it). But in the real world, how do you spot a liar? Researchers from the University of Michigan have developed a computer program that does just that — and although humans remain incredibly poor lie detectors, we might be able to pick up a few tips from this nifty piece of software.

The researchers studied around 120 pieces of video footage to identify the body language and verbal choices used by people who were lying. The video clips included both YouTube videos of people being interviewed about their opinions on specific films and on footage from actual trials. In the case of the interview clips, the data came from people who were asked what they thought about films that didn’t actually exist; the trial footage, meanwhile, featured both people who were lying while giving testimony and people who weren't. Some of the footage came from The Innocence Project, a non-profit organization which aims to exonerate the wrongfully convicted.

The fact that the study used real world footage, notes the press release, is what sets it apart from other research on lying. Said lead researcher Rada Mihalcea, who teaches computer science and engineering at the University of Michigan, “In laboratory experiments, it’s difficult to create a setting that motivates people to truly lie. The stakes are not high enough. We can offer a reward if people can lie well — pay them to convince another person that something false is true. But in the real world there is true motivation to deceive.”

The video clips were used to train computer software — and once the training was complete, the program was accurate in identifying liars 75 percent of the time. How does this compare to a other methods of lie detection? The University of Michigan researchers’ computer program is significantly more accurate than human lie detectors, who have only a 50 percent success rate — but if we’re talking about good old fashioned polygraph tests, it’s a little more complicated. The American Polygraph Association cites a 90 percent accuracy rate; however, critics say that there is little to no evidence that polygraphs are actually capable of detecting lies. As the American Psychological Association notes, the physical symptoms a polygraph measures — heart rate/blood pressure, respiration, and skin conductivity — likely aren’t unique to deception, so to say that changes in them mark for sure whether or not someone is lying is a pretty big leap. Furthermore, Quartz points out that some polygraphs have only a 56 percent accuracy rate for innocent people. Uh... yikes.

Either way, this piece of software looks like it's a pretty big advancement in the world of lie detection. Of course, the tricky thing is that the behaviors that indicate a liar may also be used be those telling the truth; they're not exclusive to dishonest people. But according to the software’s analysis, these habits are more likely to be displayed by someone who’s telling you a big ol’ fib:

1. Talking With Their Hands

According to the study, 40 percent of liars had a habit of gesturing a lot with both hands, while only 25 percent of those telling the truth did the same. This may be unfortunate news for people who just tend to talk with their hands a lot as a matter of course. (That would be me).

Here’s a biggie: 70 percent of liars looked directly at the questioner. While it’s true that a lot of those telling the truth did as well — 60 percent — it’s still something to pay attention to.

Apparently folks who nod a lot might be lying. Clearly these kittens are not to be trusted.

30 percent of liars scowled or grimaced with their entire face, while only 10 percent of truth tellers did.

Makes sense when you think about it. It might also be worth considering which filler your potential liar is using; according to some research, “um” indicates a lengthier pause is about to happen, while “uh” is reserved for shorter ones.

Rather than first person ones. Liars were more likely to use pronouns like “he” and “she” than “I” or “we”; the effect of this language choice distances the liars from the action.

So there you have it: How to spot a liar, scientifically speaking. Now go forth and use your powers for good.